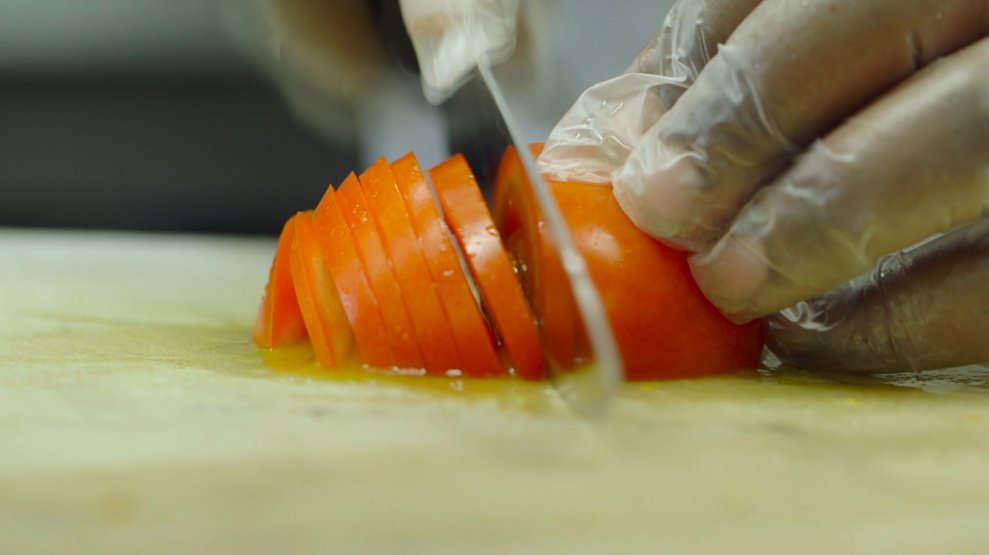 One of this year’s Oscar-nominated short documentaries takes a look at an ambitious project to give former inmates a second chance and attempt to create the best French eatery in the country. Knife Skills documents the opening of Edwins and explores what it’s like for the restaurant’s chefs to build a life after being incarcerated.

In the latest episode of Bite podcast, I spoke with director Thomas Lennon about his misconceptions of the employees at Edwins. Pastry chef Michelle Mattox also shared her experience with me, recounting how difficult it was to find work as someone convicted of a felony. You can hear her story on the podcast and read it below:

When I was looking for a job, it was very discouraging. People don’t accept the fact you can change your life and become somebody better. I used to have a real bad drug problem. I’ve been in and out of jail. I went to prison. I got a felony record. It was kind of hard to get living situations and jobs because a lot of people don’t like to hire ex-felons.

Before I came here, I had got interviewed and hired at this one nursing home. I passed my drug test. They were giving me my schedule. And I get a call after I went through orientation for four days, and they told me they couldn’t hire because of my record. I have not been in trouble with the law for 18 years, so you went back that far in my life—like I could never change.

“I have not been in trouble with the law for 18 years, so you went back that far in my life—like I could never change.”

I was really down and out, but by the grace of God I had my mom and my family. They always backed me. One particular day, I happened to be living around the square and they were building a restaurant that said Edwins Leadership Restaurant. I kept coming around, and I talked to their pastry chef. He was standing outside and he told me it’s a program for ex-felons, and I asked him, “How do you go about signing up?” and he told me where I had to go and what I had to do. And I went and done it, and a couple of weeks later they called me up for an interview, and I came in and they hired me on. They didn’t question me, they didn’t do anything that would make me feel bad because of my past. They accepted me for who I was, and they gave me that second chance. And that’s what this program is—a second chance.

And I came and I started my school, and I did the six-month program through Edwins. Before I graduated, they hired me on as a pastry chef. I’ve been here for three years now, going on four. I remember at my graduation they were passing out special awards. They were calling out all these different awards, and as they were calling out the awards, I’m looking around at everyone else like, “Wow, that’s so neat.” Then they called out my name for a special award, and it was called the “Ninja Award.” A ninja is somebody you don’t notice until they come up. It’s like they do things, and you don’t see them doing it, but you do see them. And it was something special for me because I just thought at the time that they didn’t see me, but they did see me for what I was doing and how hard I was working. And that was the most special thing to me ever.

When I get in, I get the prep schedule set for the students where [we prepare] how many orders of whatever we’re going to need for that night. And when they come in, I help them go over recipes and create different items from the recipes, like crème brûlées, chocolate pyramids, and also just different salads that they have to prep up. My favorite thing about working in the kitchen is being able to taste the food that I cook.

I’m actually learning now to be more responsible; I love myself more. And just overall learning how to be a people person and understanding people for what they’re going through because no one’s better than anyone else. We all have our issues in our life we need to work on, so we have to be more understanding and compassionate to other people.

And I’m still growing from this because I had a chance to go to the James Beard thing in New York. The James Beard Award is something where they pick certain restaurants, and it’s a privilege to come there to cook for different clientele, and only the top four restaurants get to do this. I was in the paper for being at the James Beard house, so it’s kind of fun to be able to have some recognition. I haven’t really ever had a chance to do anything that made me feel special or made me actually feel that in my life, that I was worth something.