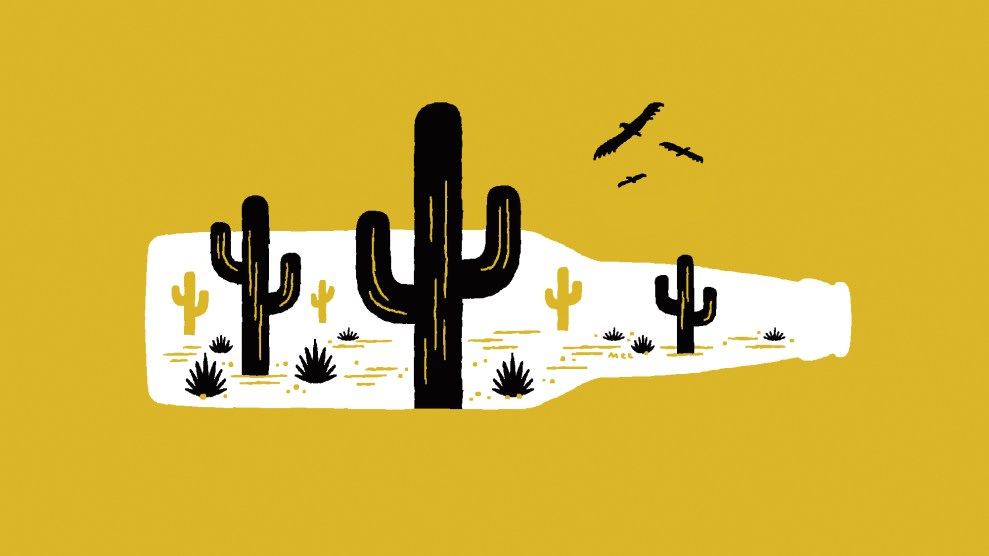 Best enjoyed ice cold, the beers of Mexico are red-hot in the United States. Between 2013 and 2017, sales of brews from south of the border surged 44 percent, even as domestic beer sales dipped 3.5 percent. A single company benefits most from this cerveza boom: New York-based beverage giant Constella­tion Brands, which bought the US rights to Mexican megabrands Corona, Modelo, Victoria, and Pacifico as part of a $4.8 billion deal back in 2013.

Constellation’s beers—which include Corona, Modelo, Victoria, and Pacifico—now account for about 1 in 11 brews sold in the US.

Constellation’s properties now account for about 1 in 11 brews sold in the United States. For investors, this fact has gone down like a frosty Corona on a broiling beach: Since June 2012, when Constellation first signaled it would take over US distribution, the company’s stock has risen seven times over, driven largely by the explosive growth of its beer division.

But Constellation’s Mexican beer assets are complicated. The company can only sell the products in the United States (the Belgian-Brazilian behemoth AB InBev owns the Mexican rights), but the beer must be made in Mexico. To minimize hauling costs, the Constellation megabreweries are situated along the border. The company touts its flagship facility in Nava, Coahuila, less than 30 miles south of Eagle Pass, Texas, as “one of the world’s largest and most automated breweries,” churning out one case of beer for every drinking-age US adult a year, as a promotional video puts it.

As US demand for Constellation’s beer grows, the company plans to invest $1.8 billion in expansion over the next three years. A big chunk of that will go toward a massive new beer factory in Mexicali, a midsize city at the northeastern corner of Baja California. Mexicali sits in a blistering-hot desert that gets an average of three inches of rain per year and relies on the overtaxed Colorado River for its water needs. That’s not a great situation, given that the once-mighty waterway’s average annual flow between 2000 and 2014 was nearly 20 percent less than it was in the 20th century, a trend that will likely continue over the next decades as the climate changes. And some of Mexico’s portion of that water goes to Tijuana (pop. 1.8 million), as well as one of the country’s more productive farming regions. According to Mexico’s federal water agency, the Mexicali Valley water table is overstressed, with annual withdrawals far exceeding recharge.

Water issues are also at play in Mexico’s wine country. Listen to this episode of Bite for more:

Once it’s up and running in about two years, the Constellation brewery in Mexicali plans to make more than 132 million gallons of beer each year. A Constellation spokesman says the company’s breweries typically require about three gallons of water for every gallon of finished product. That’s at least 396 million gallons of water per year—the same amount it would take to supply more than 14,000 people with running water, at a time when about 200,000 Baja Californians already lack access to this basic necessity.

The company insists water shortages aren’t likely—the spokesman said the new brewery will draw from Mexicali’s municipal waterworks and require at most 2 percent of the water supply annually. But in its yearly report, Constellation acknowledged that “there is no guarantee” there will be sufficient water for beer production. Indeed, back in 2016, the mayor of a town near Constellation’s Nava plant accused the brewery of taking so much water that his residents’ taps went dry. (Constellation says the water problems in the area were the result of poor infrastructure.)

Our Mexican beer is brewed under a maquiladora model that has thrived along the border for decades.

Meanwhile, Constellation hails the economic impact of the new project, claiming it will create more than 500 permanent jobs. But the brewery will also use some US-grown hops and barley, meaning limited benefit for the local farm economy. In short, our Mexican beer is brewed under a maquiladora model that has thrived along the border for decades: Factories import many of the components of manufacturing, slap them together with low-wage Mexican labor, and send them north, providing little long-term economic development—and in this case, potential ecological trouble.

In early 2017, a group called Mexicali Resiste began to oppose construction of the brewery, accusing local government officials of giving Constellation a sweetheart deal on water access. Several confrontations this year between protesters and police at the construction site have turned violent. No one can deny the appeal of a cold Corona on a long, hot summer day. But water-stressed Baja Californians are wondering what’s in it for them.