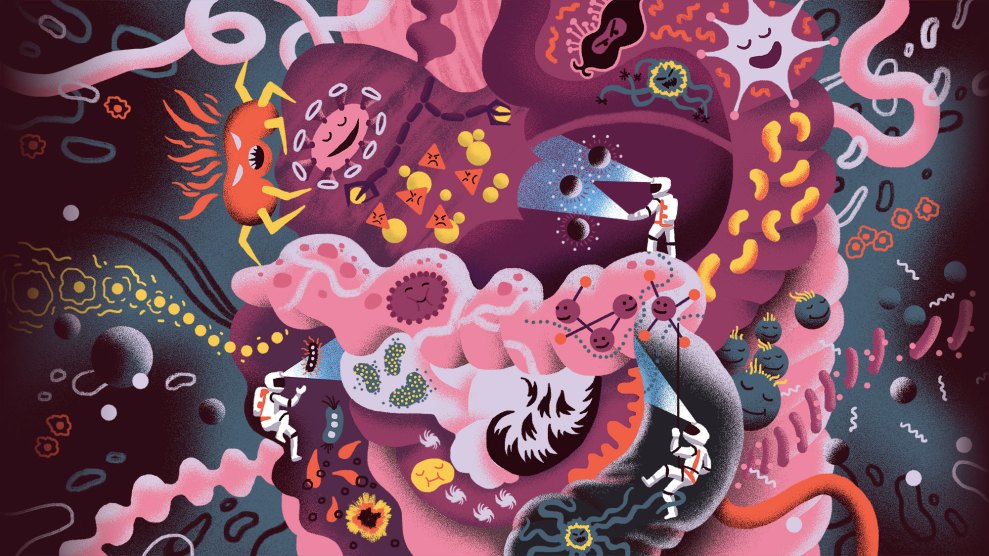 More than 120 years ago, a scientist named Wilbur Atwater launched what would become an enduring dieting trend: He started meticulously counting calories. In a series of experiments, Atwater set fire to hundreds of foods and measured the released energy. In another experiment, he and his team planted a grad student in an airtight “room calorimeter” and passed him portions of bread and beans and determined how much heat, carbon dioxide, and waste he generated. To this day, when the food industry lists calories on labels, as required by federal law, it often relies on Atwater’s calculations.

Atwater’s work helped give rise to the nutritional dogma that your body weight is governed by whether you burn off all the calories you eat. Just ask chips-and-soda giant PepsiCo. When “the amount of calories you take in equals the amount of calories you burn,” the company insists on its website, “you maintain your body weight.” Excess calories will stick around as “body fat and weight gain,” warns the Department of Agriculture’s Weight Management webpage. This is true whether they “come from protein, fat, carbohydrate, or alcohol.”

But recent research challenges this belief. The scientists during Atwater’s era saw the human digestive system as a single engine producing a predictable quantity of energy from a given amount of fuel. Yet the human gut contains a multitude of engines, and they interact with each other in ways science is just beginning to unravel. Over the past 15 years, a fast-growing body of literature suggests that the gut microbiome—the trillions of microbes that live inside us—shapes the way we metabolize food and may play an important role in how we gain weight.

Our microbiomes are better at helping us store fat than those of our ancestors.

Our microbiome is sensitive to our diets—including which medicines we take. Several recent studies have shown that infants repeatedly treated with antibiotics are at significantly higher risk of being overweight in early childhood. Antibiotics, it turns out, reconfigure your gut’s balance in favor of microbes that help us store food as body fat. “We’re four generations or so into [the age of] antibiotics already,” says Martin Blaser, a professor of medicine and microbiology at Rutgers and the author of Missing Microbes: How the Overuse of Antibiotics Is Fueling Our Modern Plagues. As a result, our microbiomes are better at helping us store fat than those of our ancestors.

Antibiotics aren’t the only force shifting our internal ecology. Modern diets are full of processed foods and low in fiber, the kind of hard-to-break-down carbohydrates found especially in vegetables, legumes, and whole grains that are crucial for a healthy microbiome.

The vast majority of our internal microbes live in the far reaches of our digestive tract, the colon, explains Justin Sonnenburg, an associate professor of microbiology and immunology at Stanford. Because of their location, these microscopic critters “really only get access to the dregs of what we eat”—the dietary fiber that our organs can’t digest. The microbes have evolved to process that fiber by fermenting it with enzymes.

Researchers, including Sonnenburg, are still sorting out exactly why, but feeding this fermentation process appears to be crucial for averting weight gain and diseases like obesity and Type 2 diabetes. For example, a 2017 study by Georgia State University professor Andrew Gewirtz found that mice fed high-fat diets and no fermentable fiber gained weight and added visceral fat—the kind that sits at the midsection and can trigger a range of metabolic problems. Adding inulin, a fermentable fiber supplement, dramatically cut the effect.

However, Gewirtz adds, his team later found these fiber supplements might also trigger liver cancer. “Right now, the only useful advice I could give somebody would be to eat foods naturally rich in fiber,” he says, like bran cereal and every kind of bean you can think of. Other winners included pears, avocados, apples, seeds, and nuts. Currently, we’re doing a pretty bad job of eating enough of those foods. The Institute of Medicine recommends that women eat 25 grams and men 38 grams of fiber every day, but Americans only get about 15 grams on average.

We’ve known for years that fiber makes us feel more full. Now research­ers think it’s doing double duty: By feeding our deep-seated gut flora, it’s potentially staving off future pounds. The choice of whether to lunch on a cup of black beans or five chicken nuggets—which both contain about 220 calories—just got a whole lot easier.