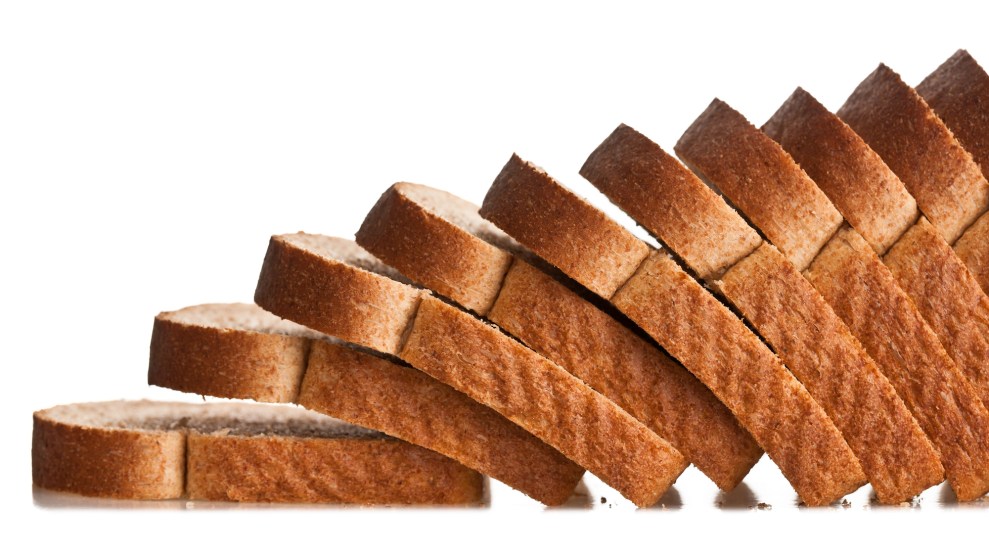 With its siege on neighboring Ukraine, Russia has embroiled two of the world’s five leading wheat exporters in a chaotic war, representing about a quarter of the global trade in staple grain. Not surprisingly, global wheat prices surged during the first few days of the invasion. They’ve come down a bit since, but remain at their highest level since the early 2010s. That’s not a comforting milestone. Back then, extreme weather in wheat powerhouses Australia, the United States, and Russia, along with a few other factors, caused wheat prices to spike. The result: bread riots in the Middle East that helped bring about the Arab Spring and the still-simmering civil war in Syria.

Geopolitical shocks like Russia’s attack on Ukraine fall upon a global food system already wobbling from climate change, according to the latest report released on Monday by the Intergovernmental Panel on Climate Change, the United Nations’ assemblage of 270 researchers from 67 countries.

“No one is spared from climate change impacts.”

The previous IPCC report, out last August, established that average global temperatures have risen 1.1 degrees Celsius since before the 19th century industrial revolution, and warned that without “immediate, rapid and large-scale reductions in greenhouse gas emissions,” it will be impossible to avoid periodic heat waves that make it too hot to grow food or work outside.

The new report looks at how rising temperatures are already pummeling global ecosystems, including the ones that provide our sustenance: farmland and the oceans. It also considers how societies can adapt to make food production more resilient in our warming, increasingly chaotic climate.

“Our report demonstrates that climate change—including increases in hazards such as flooding, drought, or cyclones—is already affecting food systems, and particularly in vulnerable regions” like Sub-Saharan Africa and Central America, says Rachel Bezner Kerr, a professor in the department of global development at Cornell University and a lead author on the report’s chapter on food systems. But while people living in nations near the equator will take the worst of the effects—a gaping injustice, given that they have contributed far fewer greenhouse gas emissions than their peers in the global north—”no one is spared from climate change impacts,” Bezner Kerr stressed.

Here in the United States, ever-fiercer droughts and floods are already wreaking havoc in our two most productive farming regions, California’s Central Valley and the Midwestern corn belt.

The damage extends beyond crop failures triggered by destructive weather events. Heightened CO2 in the atmosphere actually helps crops grow faster, but it also boosts their carbohydrate content and drives down their levels of key vitamins and minerals. “This is of particular relevance for fruit and vegetable crops given their importance in human nutrition,” the report states. Worse, increased heat stress from climate change more than outweighs the effect of faster growth. Warmer temperatures have already lowered yields of the globe’s big three staple crops—corn, wheat, and rice—by 5.3 percent since 1961, the authors find.

And they estimate that these crops’ yields will fall an additional 10-25 percent for each degree of warming above the current 1.1 degrees. In West Africa, heat and rainfall extremes “intensified by human-induced warming” have already cut yields of millet and sorghum—crucial foodstuffs in the region—by at least 10 percent and 5 percent, respectively. More alarming still is that as much as 30 percent of the globe’s current farm and pastureland will become unsuitable for food production—too hot, too dry, too denuded of topsoil—by century’s end without substantial and timely cuts in greenhouse gas emissions, the report finds.

As for seafood, the report found that because of ocean warming, the “amount of fish that can be sustainably harvested” from the oceans dropped 4.1 percent between 1930 and 2010—a time frame over which human population more than tripled. Just as on land, severe heat waves hammer oceanic ecosystems, and have already already caused collapses of regional fisheries. “These events have very likely doubled in frequency between 1982 and 2016 and have also become more intense and longer,” the report found. Startlingly, their frequency is expected to rise by a factor of at least four over the next decades, even if we slash greenhouse gases soon.

And coral reefs—engines of oceanic biodiversity, already in stark decline because of warming—may soon be a thing of the past. “Multiple lines of evidence indicate that the majority (70–90 percent) of warm water (tropical) coral reefs that exist today will disappear even if global warming is constrained to 1.5 degrees Celsius,” the report finds. At 2 degrees Celsius of warming—an increasingly likely scenario, given stalled global action of to cut greenhouse gas emissions—virtually all of the globe’s corals will die off. Around 3 billion people rely on seafood as a major source of protein.

Around 3 billion people rely on seafood as a major source of protein.

On top of delivering the dire news, the IPCC report also examines the important question of how to best respond to these crises. Its answer: We need a shift, because the trend of the past century—the move to ever bigger farms, geared to specializing in just one or two crops or livestock species—has left our food supply vulnerable to the insults of a warming environment. The authors suggest that a move to diversity—growing multiples crops in rotation; combining crops with livestock, forestry, and fisheries, for example—can make farms more resilient.

But the most important adaptation of all is the trickiest: Stop burning so many fossil fuels. “To really avoid mounting losses [in food production], we need urgent action to reduce greenhouse gas emissions,” says Bezner Kerr. “Every small increase in warming beyond 1.5 degrees Celsius, we’ll face a significantly higher risk of severe impacts.”