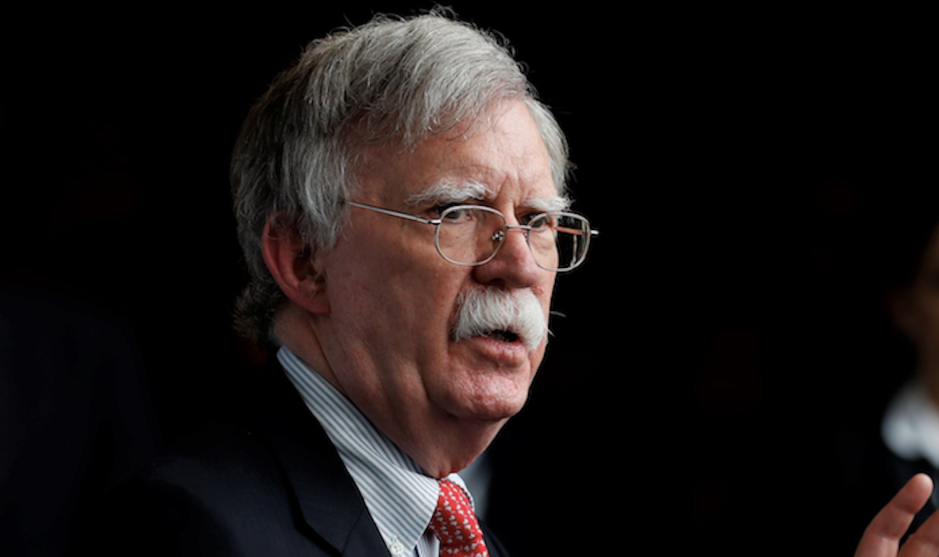 One of the major revelations from Fiona Hill’s testimony before House investigators on Monday reportedly centered on former national security adviser John Bolton and his increasing alarm over the aggressive efforts of Rudy Giuliani and EU ambassador Gordon Sondland to pressure Ukraine into investigating President Donald Trump’s domestic political enemies. Hill, who was formerly Trump’s top Russia adviser, told lawmakers that Bolton eventually became so disturbed with the back-channel policymaking that he instructed her to notify White House lawyers.

“Giuliani’s a hand grenade who’s going to blow everybody up,” Hill quoted Bolton, the infamous warmonger, telling her one day.

That colorful description is apparently not sitting well with Giuliani. The two men are now engaging in a name-calling war of words over who is more destructive:

.@RudyGiuliani on Bolton calling him a “hand grenade.” RG: “I’m very disappointed that his bitterness drives him to attack a friend falsely…It’s really ironic that John Bolton is calling anyone else a hand grenade. When John is described by many as an atomic bomb . “

I asked Rudy Giuliani, “If you had to describe yourself as a weapon other than a hand grenade what weapon would you be?” Giuliani responded, “I’m disappointed in John it’s almost like projection.”

It’s a tough choice. But between Bolton, who historically believed that war is the answer to every international squabble, and Giuliani, the president’s unhinged personal lawyer who is reportedly now under investigation in connection to the Ukraine scandal, we’ll give a momentary victory to the person who has suddenly emerged as a potential key witness in Democrats’ push to bring down Donald Trump.