GREEN ENERGY….Riffing off a piece by Dave Roberts about gasoline taxes (politically hard and not very effective, he says), Ezra Klein muses about carbon pricing: 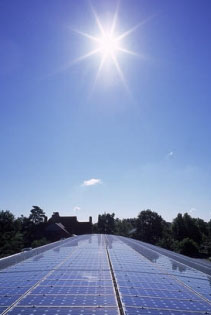 There’s no doubt that market signals are powerful. But I think there’s fair concern over whether they’re enough. The next issue of The American Prospect will feature a Nordhaus and Shellenberger piece arguing that liberals have locked themselves into a peculiarly conservative frame in which they presume that the swift deployment of market forces can provide a proportional response to the dangers of carbon emissions, when in fact this is the sort of national threat that calls for a heavier dose of central planning and coordinated efforts.

….I’m not sure where I fall on all this, and it’s not clear that investment is in tension with pricing, but as someone versed in the history of health reform, it’s not hard to imagine a scenario in which the environmental movement launches a massive campaign for a gas tax or carbon pricing that ends in total failure, and five years later everyone wishes they had seized the moment to fight for huge investment expenditures instead. What Roberts is arguing, in effect, is that the harder thing might well not be better here, and if he’s right, that’s an important and unintuitive point.

I just wrote a long piece about carbon pricing which will probably appear in the magazine in a few months (lead times are tough in this business), and my frame was “Ten Things You Need to Know about Cap-and-Trade.” One of those ten things was “It’s not a panacea,” and I think that’s the right way to think about this. A broad-based carbon pricing regime is almost certainly one of the backbones of an effective energy policy, something that encourages conservation, motivates utilities to switch to green energy sources, and provides a revenue stream for research and investment. That’s why it’s worth writing about. But just like a human backbone, it’s nowhere near enough all by itself. If you want cars to get higher mileage, you can do it a lot more efficiently by increasing CAFE standards. If you want better mass transit, you need direct government action to fund and operate it. If you think carbon eating trees are feasible, then you need a federal R&D program to investigate it, since private industry has no incentive to care about such things.

Still, all that said, price signals work. They aren’t the whole answer by a long way, but they work. Raise the price of carbon steadily over the years and it will amplify every other program you put in place. Solar and wind will become more competitive, everyone will be motivated to drive cleaner cars and drive them less, utilities will be motivated to really find out if carbon sequestration is possible, and private industry will have increased incentives to turn basic R&D (from the feds) into actual green energy sources for the real world.

As Dave says, “We need to start thinking at the scale of the problem.” It’s beyond enormous. We need all this stuff, and the sooner the better.