NEGOTIATING WITH THEMSELVES….Paul Krugman surveys the current political scene and wonders if Barack Obama is going to be undone by his insistence on bipartisanship:

Here’s my nightmare scenario: It takes Congress months to pass a stimulus plan, and the legislation that actually emerges is too cautious. As a result, the economy plunges for most of 2009, and when the plan finally starts to kick in, it’s only enough to slow the descent, not stop it. 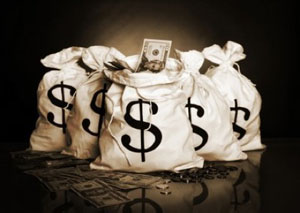 Meanwhile, deflation is setting in, while businesses and consumers start to base their spending plans on the expectation of a permanently depressed economy — well, you can see where this is going.

So this is our moment of truth. Will we in fact do what’s necessary to prevent Great Depression II?

I’ve been getting the same sense recently: Obama’s team is so focused on getting a big bipartisan majority for their stimulus legislation that they’re negotiating their goals down even before they actually start negotiating. I’m reluctant to critique Obama’s political instincts, since they’ve proven shrewd so often in the past, but I gotta say: this isn’t going to work. Obviously Obama needs a modest level of Republican support just to get the bill passed, but he doesn’t need 80 votes, and straining to get there will just produce a watered-down plan without getting anything in return.

The American public really doesn’t know or care if this bill passes by one vote or thirty votes. So why waste time on this? It’s just a gold-embossed invitation for Republicans to obstruct and posture endlessly, something they hardly need any encouragement for.