Richard Shelby (R–AL), the ranking minority member of the Senate Banking Committee, doesn’t want to nationalize ailing big banks like Citigroup.  He thinks we should just shut them down, like we do with smaller banks.  Josh Marshall comments:

Something like this is both heartening and insanely distressing at the same time because what exactly does he think people are talking about when people talk about nationalization? They’re talking about some form of FDIC-like takeover, though probably one that would take longer and be much more complicated since you simply can’t find another bank that is going to buy or most of its assets at some knock-down price over the weekend — certainly not in the present climate. You either clean the 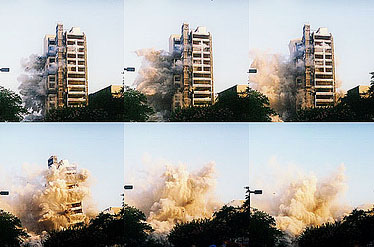 bank up (which would require what amounts to a de facto bankruptcy proceeding) and sell it back into private hands or break it up and sell it off in individual pieces — likely some combination of the two.

This is worth unpacking a little bit.  The FDIC is not set up to run distressed banks.  It’s set up to either (a) sell them off immediately to another bank or (b) hold onto them just long enough to liquidate everything.  And the FDIC is really, really not set up to run a big money center bank like Citigroup, which is both a normal depository institution plus a fantastic agglomeration of other financial entities, including derivatives underwriting, asset management, private equity portfolios, a staggering variety of trading operations spread all over the world, and one of the world’s biggest insurance companies.  This is not FDIC territory.

Selling off Citigroup is also not an option.  Who’s big enough to buy them?  Nobody.  What’s more, their stock is currently selling for about buck a share.  There are thousands of rich investors who could buy the whole place, lock stock and barrel, anytime they wanted to.  But no one wants to.  There’s a reason, after all, that huge chunks of the stuff on Citi’s balance sheet is called toxic waste.

So: the FDIC can’t run Citigroup and nobody in their right mind wants to buy them.  On the other hand, with Citi’s stock hovering around a dollar, their shareholders have already lost nearly their entire investment.  Allowing Citi to fail would hardly cause them any more damage than they’ve already suffered.  So why not just let them go under, as Shelby wants?

The answer is that we could do this.  This was the gamble Ben Bernanke and Henry Paulson took last September when they allowed Lehman Brothers to fail — dammit, it’s time to enforce some market discipline on these guys! — and their gamble failed spectacularly.  The global financial system nearly collapsed even though Lehman wasn’t all that big.

But hey — maybe Lehman taught everyone a lesson.  Maybe all of Citgroup’s creditors and counterparties have already priced in the possibility of default.  You never know.  And maybe if Citigroup fails, and they all end up with a bunch of worthless notes, they’ll just shrug and go about their business.

Then again, maybe not.  Maybe Citigroup really is too big to fail.  And maybe if they fail, and all their creditors and noteholders and counterparties are stiffed, maybe they’ll all fail too.  And then all of their creditors and noteholders and counterparties will also fail.  Etc.  And then it’s back to the dark ages for all of us.

Which is it?  I don’t know.  All I can say is: Richard Shelby has way bigger balls than I do.  Call me a wuss if you must, but I’m really not willing to gamble on nuclear meltdown, especially since I think the odds are pretty strongly in favor of Citigroup having the ability to take all the rest of us down with them if they collapse.  Shelby, however, the ranking Republican member of the Senate Banking Committee, guardian of the nation’s financial health, is apparently willing to just say “fuck it,” roll the dice, and hope against hope for snake eyes.

Of course, this is precisely the kind of imbecilic, high-stakes gambling that got us into this mess in the first place.  Maybe Shelby ought to think twice before deciding that the hair of the dog might get us out.