The details of Tim Geithner’s plan to buy up banks’ toxic waste are still a little vague, but liberal reaction (Krugman, Baker, Smith) has mostly been pretty harsh regardless. Their primary criticism is simple: banks aren’t willing to sell their mortgage-backed assets at market prices because they think the market is panicked and only willing to buy at fire sale prices. And fire sale prices will ruin them. But if the government buys at the price banks value this stuff at, they’re almost certainly paying too much. It might rescue the banks, but only by essentially giving away lots of free money. 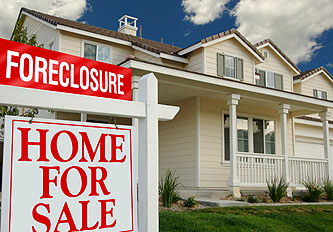 This is all true, but it’s a little too glib. After all, if markets can overvalue assets on the way up — and obviously they can — then they can also undervalue them on the way down. There’s a pretty good chance that the toxic waste in question really is worth more than the market is currently willing to pay for it.

I think this sometimes get obscured because of a lazy shorthand that a lot of us have fallen into: namely the notion that the value of mortgage-backed securities is certain to keep plummeting because home prices themselves still have another 20-30% to fall. But these securities aren’t backed by the value of the homes they represent. They’re backed by mortgage payments. Home prices could fall by half, but the value of the securities wouldn’t drop by a dime if homeowners kept making their monthly payments. Their value only drops if default rates go up.

So what causes default rates to rise? Falling home prices are certainly a factor, since it’s more tempting to mail in the keys when your loan is way underwater. Rising unemployment is an even bigger factor: if you lose your job, you’re more likely to stop paying the mortgage. And the crappy lending practices at the height of the bubble produced a surplus of buyers who have always been more likely to default than average.

But there are also forces that can reduce default rates. Fannie Mae and Freddie Mac are buying up billions of dollars worth of mortgages and renegotiating their terms. Barack Obama has committed $75 billion in direct aid for distressed homeowners. Congress is likely to allow bankruptcy judges to rewrite the terms of mortgage loans. And the Fed is trying to reduce long-term interest rates, which will allow homeowners to refinance their loans at lower rates.

Obviously, then, there’s tremendous uncertainty about future default rates. But the market appears to be valuing most mortgage-backed securities these days at something like 30 cents on the dollar. That’s crazy. When you factor in recovery rates, it assumes that over three-quarters of all homeowners will default on their loans. That might be true of the absolute worst of the toxic waste, and it’s certainly true of the equity tranches of even the better stuff, but on average? No way. 30 cents on the dollar simply doesn’t represent a reasonable long-term value for most of this stuff.

But everyone is scared, and when there are no buyers prices get unreasonable. So maybe with some nudging (along with plenty of leverage from Uncle Sam), Geithner’s plan will motivate private investors to spend more time really trying to figure out what this stuff is worth and making fair bids for it. It’s true that there are tricky aspects to running the auctions that Geithner may or may not be able to solve, but if his plan works it will help clean up bank balance sheets and keep taxpayers from getting fleeced. And if it doesn’t work? There’s always nationalization.

So it’s probably worth a try. In the meantime, I’ll recommend again Brad DeLong’s FAQ, which explains the mechanics of the plan pretty well (though it might be wrong on some of the details since it’s based on conflicting press reports). And I’ll also re-recommend James Galbraith’s post suggesting that we might not have to guess so much about the value of all this toxic waste if banks were forced to allow independent examiners to look at the loan tapes and find out just how vulnerable all these mortgage are.

UPDATE: Robert Waldmann makes the case that the market is actually valuing this stuff pretty accurately. That certainly might be true.  But if it is, then Geithner’s plan will fail, the value of the toxic waste will be settled beyond question, and insolvent banks will be exposed for what they are.  That’s a good thing, no?