When big financial companies go bust (or are bailed out), shareholders usually lose nearly everything.  Which is as it should be.  But how about creditors and other counterparties? 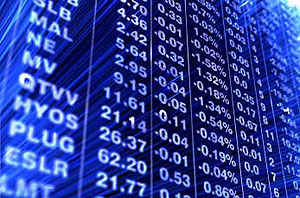 So far, Uncle Sam has mostly been keeping them whole. It’s not 100% clear to me why this is, but it appears to be motivated by a fear of domino effects (creditor banks would take huge losses, so they’d go bust and their creditors get wiped out, and before long the whole world is wiped out) combined with a fear that it will become impossible for banks to raise money if bondholders smell even a whiff of danger.

Maybe.  But Tyler Cowen points out that one of the services creditors provide the economy is keeping companies honest.  Regulators can only do so much, and creditors are the ones with an incentive to keep a gimlet eye on their investments and pull back when companies start looking like bad risks.  But what incentive do they have to do that in the financial sector if the feds are always going to bail them out anyway?

This is the standard moral hazard problem, and the more it becomes institutionalized (after 30 years of bailing out Latin America, S&Ls, Mexico, Asia, LTCM, and AIG) the worse it gets.  Tyler doesn’t think bankruptcy will work, so he tosses out a couple of other ideas:

The key to effective regulatory reform is to find a credible means of imposing some pain on creditors.

Here is one possibility. The government has restricted executive pay at A.I.G. and banks receiving government funds, but this move fails to recognize that the richest bailout benefits go to creditors. Restricting compensation at these creditor firms would have more force — if it is done transparently, in advance and in accordance with the rule of law. A simple rule would be that some percentage of bailout funds should be extracted from the bonuses of executives on the credit or counterparty side of transactions.

Such a rule would make lenders more conservative, which would generally be a good thing. To make sure that this measure doesn’t choke off economic recovery, a workable plan would impose compensation restrictions only after the economy improves and banks are recapitalized.

Here is another option: Even in good times, when there is no threat of insolvency on the horizon, credit agreements should provide for the possibility of a future, prepackaged bankruptcy. Those agreements should require that the creditors themselves would suffer some of the damage — even if the government stepped in to bail out the afflicted firm.

There is a risk that these sacrifices will not be extracted when the time comes, but the prospect might still check the worst excesses of leverage.

The central issue here appears to be credibility: these kinds of things only work if creditors believe the government will have the guts to follow through with them when the time comes.  So that means we need something like the equivalent of the guy who tosses his steering wheel out the window in a game of chicken.  But what would it be?  What could we do today that would credibly persuade creditors we’re going to hold their feet to the fire tomorrow when systemic risk rears its ugly head again?  Suggestions?