This is a peculiar story from the New York Times:

For the last eight weeks, nearly 200 federal examiners have labored inside some of the nation’s biggest banks to determine how those institutions would hold up if the recession deepened.

….Regulators say all 19 banks undergoing the exams will pass them. Indeed, they say this is a test that a bank simply will not fail: if the examiners determine that a bank needs “exceptional assistance,” the government, that is, taxpayers, will provide it.

….Regulators recognize that for the tests to be credible, not all of the banks can be winners. And it is becoming increasingly clear, industry insiders say, that the government will use its findings to press certain banks to sell troubled assets. The hope is that by cleansing their balance sheets, banks will be able to lure private capital, stabilizing the entire industry.

So what have we learned here?  First: all 19 banks will pass.  Second: not all the banks can be winners.  Third: the ones that pass — but aren’t winners! — will be propped up by taxpayers. 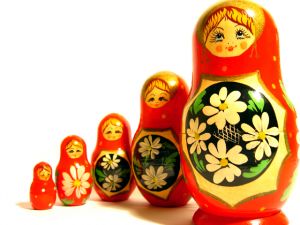 Fourth: no, they won’t be propped up by taxpayers, they’ll be forced to sell assets and raise private capital.

Huh?  Which is it?  If by “pass,” regulators merely mean that a bank won’t be instantly seized and its management defenestrated, then I guess this makes sense.  Awards for all!  On the other hand, the prospect of a bank getting a “needs improvement” grade and then successfully selling a big stock issue to raise private capital is just fanciful.  Even banks that pass with flying colors will have trouble doing that.

So what’s going on here?  Why are Treasury officials privately telling reporters that everyone is going to pass but that some banks will receive a pass-minus and may be required to do things that are almost certainly impossible?  Are they just trying to lay the groundwork for failure and temporary nationalization later on?  Or what?

I’m having a harder and harder time figuring out what’s going on as time goes by.  If everything is on the up and up, it doesn’t make sense.  If there are hidden wheels, though, I’m not sure they make sense either.  Just what is Treasury up to?