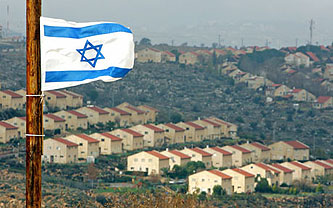 President Obama has taken a surprisingly hard line on expansion of Israeli settlements in the West Bank, but what’s even more surprising is how little pushback he’s gotten so far from Israel’s supporters in the U.S.  Ben Smith reports that this might be changing:

“My concern is that we are applying pressure to the wrong party in this dispute,” said Rep. Shelley Berkley (D-Nev.). “I think it would serve America’s interest better if we were pressuring the Iranians to eliminate the potential of a nuclear threat from Iran, and less time pressuring our allies and the only democracy in the Middle East to stop the natural growth of their settlements.”

….“I don’t think anybody wants to dictate to an ally what they have to do in their own national security interests,” said Rep. Gary Ackerman (D-N.Y.), who said he thinks there’s “room for compromise.”

….And Republicans have been more sharply critical of the pressure on Israel. “It’s misguided. Behind that pressure is the assumption that somehow resolving the so-called settlements will somehow lead to the ultimate goal” of disarming Iran, said Rep. Eric Cantor (R-Va.), the House minority whip.

….The pro-Israel lobby AIPAC last week got the signatures of 329 members of Congress, including key figures in both parties, on a letter calling on the administration to work “closely and privately” with Israel — in contrast to the current public pressure.

For what it’s worth, the story here still seems to me to be less about the pushback and more about the fact that pushback to Obama’s policy pronouncements remains surprisingly muted.  “It’s misguided” is not the kind of temperate rhetoric you’d expect to hear about this from Republican leaders, after all.  Either this means that things have changed, or merely that the AIPAC-centric crowd has decided they’re better off working behind the scenes and keeping a quieter profile.  Hard to say which right now.