Alan Greenspan famously argued that the Fed shouldn’t pay attention to asset bubbles.  They’re hard to identify, he said, dangerous to prick, and can be better dealt with after they deflate.  This was, roughly speaking, the “Greenspan put,” which served to make the recent housing bubble worse than it otherwise would have been, since investors knew the Fed would do nothing to stop the party while it was underway and would always be around afterward to help clean up. 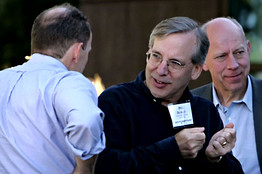 Relative to this, I would argue that:

1. Asset bubbles may not be that hard to identify — especially large ones. For example, the housing bubble in the United States had been identified by many by 2005, and the compressed nature of risk spreads and the increased leverage in the financial system was very well known going into 2007.

2. If one means by monetary policy the instrument of short-term interest rates, then I agree that monetary policy is not well-suited to deal with asset bubbles. But this suggests that it might be better for central bankers to examine the efficacy of other instruments in their toolbox, rather than simply ignoring the development of asset bubbles.

3. If existing tools are judged inadequate, then central banks should work on developing additional policy instruments.

Let’s take the housing bubble as an example. Housing prices rose far faster than income. As a result, underwriting standards deteriorated. If regulators had forced mortgage originators to tighten up their standards or had forced the originators and securities issuers to keep “skin in the game”, I think the housing bubble might not have been so big.

I think that this crisis has demonstrated that the cost of waiting to clean up asset bubbles after they burst can be very high. That suggests we should explore how to respond earlier.

The basic proposition here — namely that letting bubbles run their course might not be such a great idea after all — is no longer especially controversial.  But Dudley’s second and third points are the important ones here.  Even now, many economists still argue that hiking interest rates and producing a recession is too high a price to pay every time someone thinks an asset bubble is forming.  But if that’s the case, it means that the Fed needs to be more aggressive about applying more targeted tools to prick bubbles, or, if their tools are inadequate, asking Congress to give it better ones.

Johnson is skeptical that Dudley is really serious about this.  If he is, the next step is to put some meat on the bones of this speech: specify how asset bubbles should be identified and what kinds of tools are needed to fight them.  Stay tuned.