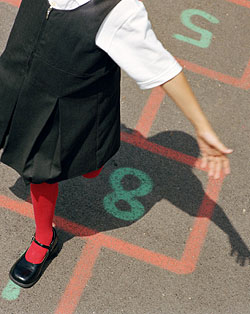 Educational historian Diane Ravitch has had doubts about the charter school movement for a while, but lately the evidence appears to have turned her firmly against the idea.  In the Los Angeles Times today, she warns the LAUSD to think twice before allowing new schools to be run by private companies:

….The L.A. proposal for the 50 new schools has been likened to New York City’s approach. But Los Angeles should be aware of two points. First, under N.Y. Mayor Michael Bloomberg, spending on education has increased from $12.5 billion annually to $21 billion, or nearly $20,000 per child. Is L.A. willing to match that?

Second, New York City’s new high schools started small and were allowed to limit the admission of special-education students and students with limited English proficiency for the first two years. The remaining high schools were left with a disproportionate share of the neediest students. A study this year of the new schools found that, over time, when their enrollment became similar to traditional public schools, their attendance rates and graduation rates declined.

Needless to say, the LAUSD is in a tough spot.  The research evidence on charters hasn’t been very favorable lately, but then, it’s not as if LAUSD’s public schools are burning up the academic track either.  And no, a 50% increase in the education budget isn’t in the offing either way.

I’ve been modestly favorable towards charter schools for a while, and I still think they’re worth trying.  It might take more than a few years to get the formula right, after all, and most of the research suggests only that charters don’t outperform public schools, not that they’re actively worse.  (The Stanford study showed mixed results, with better results for charters in grade school and middle school but worse results in high school.)  Still, time is running out.  If charters can’t start demonstrating systematically better results soon, the experiment is going to run aground.

On average the charters are about the same as public schools, but there’s a range of outcomes within the charter sector. We need to get more aggressive about shutting down the low-performing charters, more aggressive about allowing successful charters to expand or replicate, and committed to always permitting space for people to try something new.

….There’s no “charter magic” that makes schools good, but the greater openness and flexibility of the charter sector lets us experiment and discover which things work. What we need to do is take that to step two where we act on the basis of that knowledge.

I agree entirely.  But we need to find out if step two is feasible in practical and political terms, and then we need to start the pruning to see if the good charters stay good once they start growing.  And it needs to happen soon.  If it doesn’t, public support for the charter experiment simply won’t stay strong enough to beat off its entrenched opposition.