Matt Yglesias muses on what the growing use of drone aircraft means for the Air Force:

The military […] is an institutional culture that puts a great deal of stock on honor, courage, and difficult physical work. 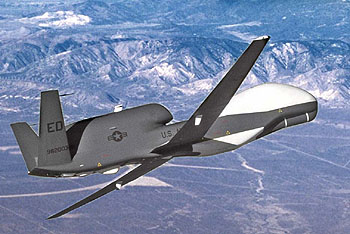 A service that consists of guys sitting in cubicles playing video games is going to have trouble holding its head high amidst a warrior ethos. And consequently, the Air Force is tending to resist the technological imperative to go more remote. Ultimately, however, that resistance is doomed and it’s not really clear what will come of it.

There’s another side to this: what happens when drones become really, really good?  Right now they’re at about the technological phase that airplanes were in during World War I: nice tools in specific circumstances, but not really overall game changers.  But that won’t be true for much longer.  Advances in drone technology are likely to come pretty quickly, and the result is going to be a very large fleet of drones that are bigger, faster, stealthier, more maneuverable, have better optics, and can accomodate far more — and more effective — weaponry than today’s models.  And since they’re relatively cheap and using them runs no risk of loss of life, there’s going to be very little institutional or public  pressure against using them.  This is likely to mean they’ll get a lot of use.

It’s not just drones, of course.  It’s the entire robotic revolution in warfare.  When we get to the point where one side is able to conduct war effectively with virtually no fear of loss of life, does that mean that public pressure against war will start to fade away?  After all, demand curves slope downward.  When war becomes cheaper, we’ll get more war.  Right?