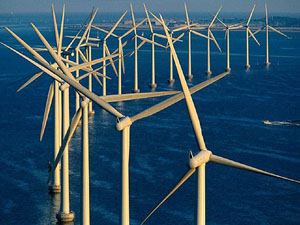 Are conservatives stuck over climate change because they’re devoted to free market principles and there just aren’t any free market solutions to reducing CO2?  Matt Yglesias thinks this is too kind an interpretation:

How about reductions in subsidies for fossil fuel production and consumption? The free market credentials seem impeccable. Or how about a “green tax shift” in which carbon is taxed or carbon emission permits are auctioned and the revenue is used to finance deficit-neutral reductions in other taxes?

Generally speaking, I agree.  There are a few conservatives out there who have argued in favor of free-marketish solutions like Pigouvian taxes and the like, but they’re pretty thin on the ground.  The vast bulk of the conservative movement has simply decided to declare climate change a hoax and refuse to even consider doing anything about it.

Still, there really is a philosophical problem here too.  Eliminating subsidies for fossil fuels is a good idea, but it’s also a drop in the bucket.  (And Democrats tend to be pretty big offenders on the subsidy front too.)  Revenue-neutral taxes could go a lot further, but they’re not enough either.  Conservatives know that if they actually fess up to the full scope of the global warming problem, they’re eventually going to have to accept some pretty serious government intervention to halt it.  Things like fuel economy standards, green research and development programs, moratoriums on coal-fired plants, tax incentives for conservation, new building efficiency standards, and much, much more.  There’s nothing wrong with any of this stuff, but there’s no question that it’s a considerable amount of interference in the market.

Still, conservatives could adapt if they were smart.  After all modern conservatives have never really been very dedicated to free markets.  They’re dedicated instead to being business friendly, which is quite a different thing.  And while not every business sector can benefit from new climate change regulations1, an awful lot of them can2.  So why not accept the science of climate change and then simply press for the most business friendly solutions possible?  It would mean rewarding a different set of business partners than they’re used to, but so what?  Might as well start currying favor (and campaign contributions) from the businesses of the future instead of the businesses of the past.  Right?

1Coal-fired electricity, beef production, and SUVs, for example.  Those are almost certainly losers no matter what approach you take to limiting climate change.