In a column about Michael Bloomberg’s slow but steady takeover of New York City politics, Michael Tomasky notes that Bloomberg was aided and abetted by the slow but steady deterioration of the city’s Democratic Party:

I covered its demise as well as Bloomberg’s ascent. The former was far more gruesome to watch. In a city that’s six-to-one Democratic in voter 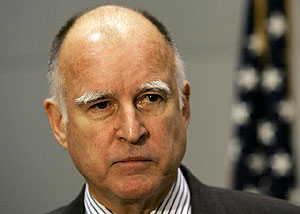 enrolment, there isn’t really a plausible mayor among the dozens of elected Democrats who represent the city or some portion of it at the federal, state and local levels.

This sounds eerily familiar.  Here in the great state of California, there are something like 10 million registered Democrats.  It’s one of the bluest states in the country.  And yet, when it comes time to find someone to run for governor, there’s no one to choose from.  When San Francisco mayor Gavin Newsom dropped out of the race a few days ago, my first thought wasn’t about Newsom at all.  My first thought was, “Jerry Brown?  Seriously?”  But yes: Jerry Brown, a 70-year-old guy who’s already been governor twice is now the only Democrat running for governor.  That’s the best we could do.

The GOP isn’t in much better shape, either.  Their leading candidate right now is eBay zillionaire Meg Whitman, who barely seemed to know the Republican Party even existed until a couple of years ago.  But hey — at least they have two other candidates as well, even if they aren’t exactly household names.

Jeez.  Jerry Brown. A guy who almost literally won’t tell you what he thinks about anything or what he’d like to do as governor.  That’s it.  That’s all that California’s Democratic Party can produce for the 2010 election.  Yikes.