Felix Salmon is back from vacation and he’s tanned, rested, and ready.  Today he notes that Goldman Sachs and Wells Fargo made big money on interest rate swaps last quarter and asks:

And there’s another question, too: if the likes of Wells Fargo and Goldman Sachs are making billions on these swaps, who’s on the other 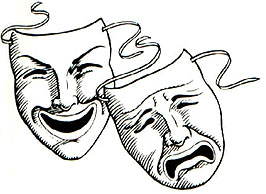 side of the trade? Who lost billions of dollars by swapping floating into fixed? Call it the Summers trade, after Larry’s disastrous foray into the rates market when he was at Harvard. It didn’t work then, and it clearly isn’t working now, either.

That’s a good question.  In fact, I’ve long wondered about this more broadly: lots of derivatives bets are zero sum deals where winners are always matched up with losers.  So if the financial sector is making boatloads of money betting on derivatives,1 which sectors of the economy are the losers?

To be honest, my main interest in this is polemical.  It’s not that I really care all that much about precisely who the winners are losers are, but I do think that public wrath against Wall Street might be very usefully stoked by learning who’s paying off on all these bets.  In the case of about $13 billion in CDS winnings from Goldman Sachs, for example, the loser was AIG — and then the taxpayers graciously covered that bet when AIG went bust.  But it’s not just banks and hedge funds on the other side of these bets, is it?  It’s also pension funds, corporations, and state and local governments.  It would be illuminating, I think, if someone could track the flow of wins and losses in a way that made them a little more concrete for people.  Especially the losses.

1Aside from the late unpleasantness, of course.  But you know what I mean.