It’s Friday! Hooray! Time for cats. On the left, Domino is helping Marian as she works on some pattern drafting. This help consists primarily of sitting on her left arm, which she doesn’t really need anyway. So it all works out.

But what about Inkblot? What’s he doing? Answer: looking wistfully at the TV wondering how long he has to wait until Kevin shows up on Bill Moyers Journal. Not long, Inkblot! It airs on PBS, and David Corn and I will be on tonight at 9 pm (though you should probably check your local listings to make sure that’s when it airs in your area).  We’ll be talking about the finance lobby and its almost unchecked influence over both Congress and the country as a whole during the past several decades. Hopefully I was not totally incoherent as I railed against banks, talked about the evils of excessive leverage, described the outrageously favorable treatment that the financial sector gets from Congress, and chastised Barack Obama for not doing enough to fight back. A program description is here. And the article that sparked my television debut, “Capital City,” is in the latest issue of the magazine.

FUN TIDBIT ALERT: When they put on makeup for the show, they applied it to both my face and my hands. Apparently it’s important to make sure your skin tone is even for all exposed parts of your body. 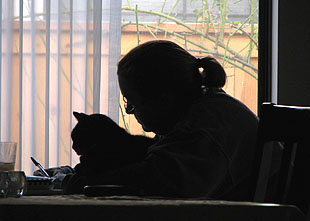 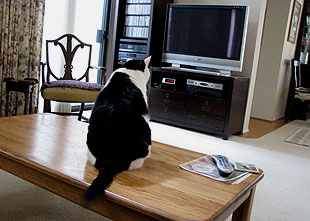