In the LA Times today, Michael Hiltzik provides a taste of our electoral future, where corporation are allowed to spend unlimited sums on their pet projects and candidates. Hiltzik’s poster child is electric utility PG&E, which has qualified for the California ballot a measure that would require any public utility to get approval by two-thirds of voters before 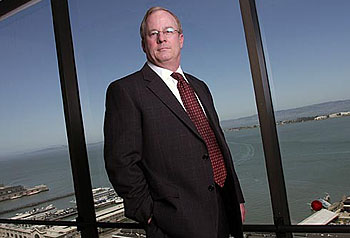 launching or expanding its public power service, or floating bonds to finance the service. That’s a sweet deal, since a two-thirds vote is all but impossible to get, meaning that PG&E’s public competitors would be effectively unable to ever expand their business:

How did Darbee respond? His company placed an additional $3 million in the campaign kitty . If you were to translate that response to the legislators into English, it wouldn’t be printable in a family newspaper.

….”The fertile minds of utility lawyers are going to be able to dream up all kinds of things,” S. David Freeman, general manager of the Los Angeles Department of Water and Power, the nation’s largest municipal utility, told me last week. “This is just another attempt by a private utility to inhibit the right of public power to be a competitive yardstick. It’s so hurtful of consumers that it would be laughable, except that PG&E’s ability to put up brainwashing ads makes it a real threat.”

Worse, state law prohibits elected officials and public agencies from spending public funds to oppose a ballot measure. That means any effort to counteract PG&E’s bankroll will be crippled from the start. “It’s a grim reality that public agencies won’t be able to fight back at all,” says Charles McGlashan, a Marin County supervisor.

PG&E’s ballot measure hasn’t passed yet, and the good news is that it’s tough to win a majority for initiatives like this. Still, they can spend nearly unlimited sums trying to sell it, their natural opponents can’t spend a dime, and that leaves nothing but generic good government groups to fight this thing. Not exactly a fair fight.