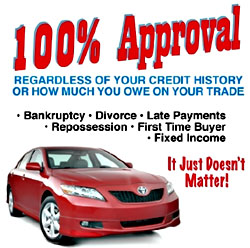 Mike Konczal tells us about his appearance on NPR a couple of days ago:

There’s a really awesome moment in it. They asked me about the House’s CFPA exemptions that have been carved out by special interests, and I mention how auto loans have been exempted. I told them that it was put in by a congressman from California who owned a bunch of car dealers, but I wasn’t sure of the congressman’s name.

So they had two additional interviews lined up after me, Rep Brad Miller (D – NC) and Rep John Campbell (R – CA), congressmen they discuss issues with for Planet Money, and right before they start the interview with Campbell their producer figure out it was Campbell who put in the auto loan exemption! So if you listen you can hear him defend it after being called out as the pointman of the exemption I advised Planet Money to watch for. Heh.

Here’s my real problem, and it’s a serious one. Campbell asked for an auto loan exemption to be put into the CFPA, moving it into the direction of a crony corporate welfare bill….Follow this pattern, but in slow motion. It shows up in health care, the stimulus and everywhere else in 2009, but with financial reform it is very easy to see. Democrats wants a bipartisan financial reform bill. So they take a good CFPA and water it down and give all kinds of crony exemptions so Republicans like John Campbell will support it. Then Republicans vote against it anyway.

Yes indeed. And that’s my congressman he’s talking about. I’m so proud.

The problem, though, is: what’s the alternative to dealing with guys like Campbell? Mike thinks Sen. Chris Dodd did the right thing when he decided to give up on negotiating with Republicans over financial reform and go it alone, and I agree — even though Dodd on his own still isn’t exactly a Wall Street banker’s worst nightmare. But what happens then? Answer: Dodd finishes up his bill, it gets reported out of committee, and 41 Republicans vote against it. Financial reform fails.

In the end, I think this is worth it. It’s better to make Republicans own their vote against regulating the industry than it is to pass the only kind of bill they’d support: one that’s so watered down as to be useless at best and actively harmful at worst.

But we’re still left with the question of how to keep 2008 from happening again. In the same way that they’ve convinced themselves that global warming is just a gigantic hoax, Republicans have also convinced themselves that 2008 wasn’t really as bad as everyone made it out to be — and in any case, it was the CRA that sparked it and federal bailout action that poured fuel on the fire. If we’d just left everything alone, the free market would have sorted things out. This is fantasy thinking, but that’s where we’re at. What’s the solution? I’m stumped.