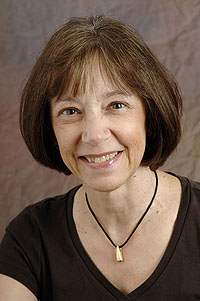 Based on what I’ve read and heard, my favorite among the shortlist candidates to replace John Paul Stevens on the Supreme Court has been Diane Wood of the 7th Circuit Court. But I’m not a lawyer and my knowledge of her actual jurisprudence is necessarily limited.

Glenn Greenwald, however, is a lawyer, and he’s spent the past week reviewing her record and talking to Wood’s former clerks to get a better sense of where she stands. His conclusion: she’s not a truly left wing candidate (none of those are even on the shortlist), but she does have a “long, clear, inspiring record” on issues of both civil liberties and economics. Glenn goes into some detail about her defense of the rule of law shortly after 9/11 — which you should read — but the thing about Wood that has most impressed me is that she’s not just someone with a solid progressive view of the law, but someone with the intellectual heft to make a difference on the court. Here’s Glenn:

Her expertise in anti-trust law and economics is (a) especially relevant now given the cases likely to come before the Court in the wake of the financial crisis and (b) rare for a federal judge on the liberal/Democratic side.

….What makes Wood so unique is that she combines her principled convictions with an extraordinary ability to secure the support of other judges for her opinions. Her creative and flexible intellect enables her simultaneously to stay within the confines of the law while finding the most equitable outcomes that attract a broad range of support. The 7th Circuit is one of the most conservative circuits in the country, yet Wood’s influence on that court and her ability to induce right-wing judges to support her rulings is remarkable, an attribute particularly important for replacing Justice Stevens.

….Vince Buccola, who clerked last year for the right-wing Judge Easterbrook, described to me the close professional and personal relationship Wood has developed with the court’s conservatives. “She’s lightning quick, amazingly well-prepared, very smart and also very knowledgeable about law,” he said….Margo Pave, another former clerk and now a partner in a D.C. law firm, added: “Throughout her entire time on the bench, she has had that ability to convince her conservative colleagues, as well as her moderate and liberal colleagues, to adopt her view of an issue. She does this by figuring not only what is the right interpretation of the law, but an approach to it and argument for it that even convinces the Judge Posner and Easterbrooks of the world.” For that reason, Pave — who, like most people I spoke with, described Judge Wood as “brilliant” — said she’d make a “phenomenal addition to the Court, particularly for the seat being vacated by Justice Stevens, who has also excelled at forging consensus with Court conservatives.”

I think this is quite likely the most important trait in a Supreme Court choice right now. Not only does Wood have basically sound views, but she has a track record of using those views to actually make a difference. She speaks her mind and doesn’t back down from a fight, but she also knows how to win fights. That’s something we need right now. Glenn’s entire piece is worth a read.