This has been in the works for a long time, but it’s still nice to see it finally made official:

The new fuel efficiency standards, issued by the Transportation Department and the Environmental Protection Agency as the result of a May 2009 deal with the auto industry, represent a peaceful end to a contentious legal battle over how to regulate 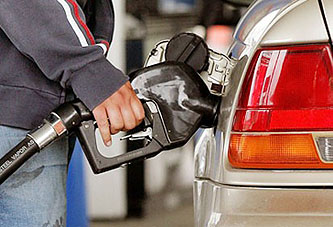 tailpipe emissions….As a result of the new rules, the U.S. vehicle fleet is projected to cut its greenhouse gas emissions 21 percent by 2030.

For all the crap CAFE gets from conservatives and car buffs, it’s been an astonishingly successful program. It probably cut oil use following the embargoes of the 70s more effectively than any program before or since — and unlike gas prices, which fell precipitously in the early 80s, it had a permanent effect. What’s more, for most of us it did it with virtually no noticeable impact on the cars we drive.

Technology has advanced a lot since the original CAFE standards were adopted, and I expect the new ones to have approximately the same invisible effect on the kinds of cars we drive. At the margins, it will make the most egregious gas guzzlers a little more expensive. It might even spell the end of a few of them. And on average, your next new car might accelerate from zero to sixty half a second slower. But that’s about it. And in return we’ll extend our oil supplies, import a bit less from Saudi Arabia, and cut down on greenhouse gas emissions. It’s no panacea, but it sure is a cheap way to make a difference.