Via Jonathan Chait — who owes me big time for making me read this — here is Jonah Goldberg arguing that better financial regulation is a fairly non-urgent issue because bankers have all learned their lessons:

Think of it this way. We are just as vulnerable as ever to the threat of Coca-Cola releasing another New Coke. No laws have been passed to prevent it. No new oversight authority has been created to warn of its looming threat. And yet, the odds of Coca-Cola rolling out another debacle like New Coke are severely limited. Why? Because, to 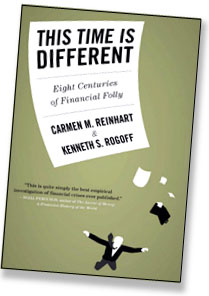 paraphrase Roy Scheider in Jaws II, as God is their witness the executives at Coca-Cola don’t want to go through that Hell again.

….This is not to say that the financial crisis doesn’t justify any reforms. But let’s not forget that inherent to capitalism is the capacity for self-correction. Surely the disappearance of Lehman Brothers and the dismantling of AIG is an example that many can learn from. The real danger seems to me that people like Dodd haven’t learned the lesson that government is not the only—or best—corrective to the excesses of capitalism.

Does Jonah really think that American industry’s capacity to launch stupid new products was diminished by the New Coke fiasco? Does he remember Pets.com? Or Webvan? Or, restricting ourselves just to the soft drink market, Crystal Pepsi? Or any of the other fine beverages on this list?

As for bankers learning their lesson, I’m at a loss for words. If there’s a profession on the entire planet that has aggressively declined to learn any lessons from its periodic collapse over the past several millennia, it’s high finance. In This Time It’s Different, it takes the authors three columns of text spread over four pages just to list the banking crises since 1800. They tally up 51 of them since 1980 alone.

God knows I’m sympathetic to arguments about regulatory capture and government collusion in blowing up financial bubbles, but even Alan Greenspan has admitted that financial markets can’t be trusted to self-regulate. Alan Effin Greenspan. Regulatory capture is a reason to try to build a more robust financial control infrastructure, one that at least tries to address the changes in modern finance, not a reason to shrug our shoulders and pretend, yet again, that next time will be different.