The London Times recently announced that they would be putting their entire paper behind a paywall. Their view is pretty simple: giving away their news for free cuts into subscription revenue but produces almost nothing back in the way of ad revenue because advertisers aren’t willing to pay much for the “useless tourists” who drop by new sites occasionally but aren’t serious about 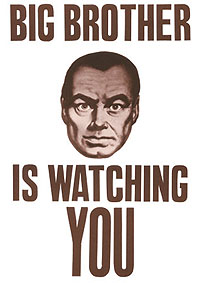 either the news itself or the advertising. Paying customers, conversely, tend to be demographically more desirable and they spend more quality time looking at both the news and the accompanying ads. So charging for access should be a net benefit. Felix Salmon comments:

The logic here has existed in print publications for years: newspapers with a cover price tend to have higher ad rates than free sheets, because their readership is more affluent and is also more likely to actually read the paper (and see its ads).

….But the fact is that online there are much more useful and granular ways for an advertiser to work out who they’re targeting, beyond just saying “we want people who are willing to pay to read this publication”….The fact is that if I sign in to a free site using my Twitter login, I’m actually more valuable to advertisers than if I paid to enter that site. That’s because the list of people I follow on Twitter says a huge amount about me, and a smart media-buying organization can target ads at me which are much more narrowly focused than if all they knew about me was that I was paying to read the Times.

We’re not quite there yet. But it seems to me that online publications are making a big mistake if they make subscribers go through a dedicated registration and login process, because the demographic information they can get from that will be less useful and less accurate than if they outsource the reader-identification procedure to Twitter or LinkedIn or Facebook. And people will definitely enjoy an automatically personalized reading experience, where they can see what their Facebook friends are reading and what the people they follow on Twitter are reading.

I have an abiding fear that Felix is right. There’s an analogy here to the world of supermarkets. In the past, supermarkets charged everyone the same price and made a small profit margin doing it. Then came loyalty cards. And they were popular! So once one supermarket started offering them, everyone else did as well. Eventually they were ubiquitous.

Today, overall supermarket prices are still the same as they’ve always been, they’re just tiered differently: those with cards pay less and those without cards pay more. So on average, consumers haven’t benefited. What’s more, competition is generally fierce in the supermarket biz, which means that overall profit margins are also the same as they’ve always been. So supermarkets haven’t benefited.

So who has benefited? Well, as near as I can tell, the answer is: marketing firms. Loyalty cards generate mountains of purchasing data that allow third parties to target advertising more effectively. This is great news for marketing companies and their clients. Whether it’s great news for the rest of us is a little harder to determine.

But this might be the news model of the future. Basically, you’ll be able to get access to the Times two ways: either by paying for a subscription or by registering with your Facebook/Twitter/LinkedIn ID and agreeing to give the Times access to your online life. This is roughly the same trade that we’ve made in the supermarket biz: pay more and maintain your privacy, or pay less in return for giving it up.

The big difference, of course, is that supermarkets had a perfectly viable business model before loyalty programs started up. Newspapers don’t. This might actually be the only way they can save themselves. But it might also be a sign of much broader things to come. In the future, the poor and middle class will essentially have no privacy in their day-to-day life. They will have sold it away, because in practical terms the poor and the middle class simply can’t afford to give up a 5-10% discount on everything they buy. Only the better off, who can, will have the option of maintaining their privacy.

Maybe this is OK. I don’t like it, but plenty of people seem fine with the idea. But there’s a reason that all this information is so valuable, and it’s not because marketing firms and consumer goods companies are genuinely interested in your welfare. This is a brave new world we’re stumbling into.