I’m trying to make sense out of today’s New York Times piece about factories having difficulty hiring the right kind of workers, but I’m having trouble. The basic story we’ve been hearing for the past few years makes sense: broad sectoral shifts in hiring mean that firms with job openings can’t always find good candidates even though the recession has provided them with millions of unemployed workers to choose from. Lots of construction 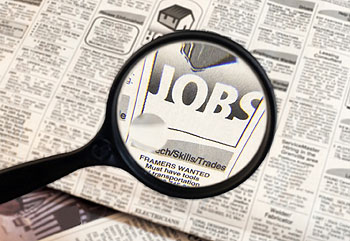 workers have lost their jobs over the past couple of years, but that doesn’t do you much good if you’re looking for experienced lathe operators.

But that’s not quite the story the Times is telling. First, there’s this:

Here in this suburb of Cleveland, supervisors at Ben Venue Laboratories, a contract drug maker for pharmaceutical companies, have reviewed 3,600 job applications this year and found only 47 people to hire at $13 to $15 an hour, or about $31,000 a year. The going rate for entry-level manufacturing workers in the area, according to Cleveland State University, is $10 to $12 an hour, but more skilled workers earn $15 to $20 an hour.

This is a little fuzzy, but at first it sounds as if Ben Venue isn’t willing to pay enough to get skilled workers, who typically earn $15-20 per hour. “The problem appears to be that manufacturers don’t want to pay the market wage for the skills that they need,” says Dean Baker. “This is like someone who wants to buy a 4-bedroom home with a yard in a good neighborhood in Washington for $200,000, and then complains that there is a shortage of good homes.”

But then there’s the next paragraph:

All candidates at Ben Venue must pass a basic skills test showing they can read and understand math at a ninth-grade level. A significant portion of recent applicants failed, and the company has been disappointed by the quality of graduates from local training programs. It is now struggling to fill 100 positions.

Now it sounds like Ben Venue is indeed looking merely for entry level workers who have ninth-grade math abilities. But they can’t find them.

This is, however, not a sectoral shift problem. It’s a claim that they can’t find entry level workers who can do — what? Algebra? Simple percentages? I’m not sure what counts as ninth-grade math here. But something doesn’t sound quite right. If Ben Venue is struggling to find people to fill these positions now, they must have really been struggling to fill them before the recession, when workers had a lot more choices than they do now. Their requirements can’t have changed too much just in the past couple of years.

My guess: in addition to a simple aggregate lack of jobs due to the recession, what we’re suffering from right now is still more of a sectoral shift issue more than a basic skills issue. If you look at lists of the fastest growing occupations, they’ve always been populated mainly by jobs that require a high school degree and some specialized training. Lots of them are in healthcare (physical therapists, dental assistants, etc.) and lots of them require specific computer skills. Laid off factory workers just can’t jump into these jobs without retraining, and as Matt Steinglass points out, the success of government retraining programs has been pretty dismal over the years:

Still, it’s striking that Congress may be grudgingly willing to spend on extending unemployment benefits, but not on doing anything geared towards addressing the structural reasons why Americans are unemployed….Maybe government isn’t very good at worker training, and investments in other kinds of capital, such as improved infrastructure (high-speed trains, bridge and highway improvement, low-emission energy generation) may produce better returns. But what Congress seems to be saying, at this moment of increasing deficit hawkishness, is that government can’t do anything at all about high structural unemployment. All it can do is maintain a safety net for the unemployed. Perhaps severe cutbacks in state government spending, forced by lower tax revenues, will induce the private sector to regain confidence in the economy. Alternatively, we’d better just get used to paying a lot of money for indefinite extensions of unemployment insurance.