One of the conservative causes du jour is the parlous state of public employee pensions these days. And there’s no question that this really is a problem. Thanks to years of overoptimistic economic projections and the habit of politicians to prefer future 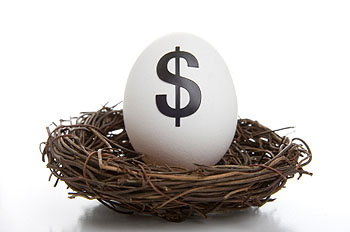 cost increases to current cost increases, public pension funds are pretty seriously underfunded right now. That means taxpayers are going to have to come up with many billions of additional dollars to fund pensions at the levels that have been promised to public workers.

Now, there are a few things to say about this. First, the really sky high pensions you hear horror stories about tend to be limited to public safety workers: police, fire, sheriff’s deputies, etc. (Here in California, the really egregious salary/pension issue is with state prison guards, for reasons I won’t bore you with, but for the most part we’re talking about police and fire workers.) The reason this matters isn’t that money spent on public safety “doesn’t count,” but that most people — including most conservatives — are OK with paying generously in order to maintain high public safety standards. So it’s worth keeping in mind that this is largely what we’re talking about.

Other public workers often get good but not great pensions. But even at that, they mostly get these pensions in lieu of Social Security, and they get them to make up for generally lower pay than in the private sector. There’s some question about whether public workers continue to be paid less than comparable private sector workers, but in the past, when these pension funds were set up, there’s not much question that they were.

Beyond that, though, Jon Cohn raises a key point about the role of public sector unions in bargaining for decent pensions for its workers:

I would suggest it’s more the latter than the former. The promise of stable retirement — one not overly dependent on the ups and downs of the stock market — used to be part of the social contract. If you got an education and worked a steady job, then you got to live out the rest of your life comfortably. You might not be rich, but you wouldn’t be poor, either.

Unions, whatever their flaws, have delivered on that for their members. (In theory, retirement was supposed to rest on a “three-legged stool” of Social Security, pensions, and private benefits.) But unions have not been able to secure similar benefits for everybody else. That’s why the gap exists, although perhaps not for long.

I should confess here that I’m not a big fan of public employee unions. On my own personal scale of sympathy, I strongly support private sector service unions, I moderately support private sector industrial unions, and I only barely support public sector unions. So no one should expect me to go to the mattresses for public sector benefits. Still, Jon is right: one of the favorite tactics of conservatives is to set the middle class at war with itself. It’s sort of the mirror image of corporate compensation committees, which keep CEO pay forever rising because no one wants their CEO to be paid less than average. With middle-income workers, by contrast, the CEO class exploits jealousy toward better compensated unionized workers in order to ratchet things down. The grocery clerks don’t want to accept an insurance copay? Well, I have an insurance copay, so why shouldn’t they? The truckers don’t want to switch their pensions to a 401(k)? Well, I have a 401(k), so why shouldn’t they? Etc., etc., ever more disheartening etc.

This is a tactic that works pretty well. As union density has shriveled in the private sector, workers don’t really aspire anymore to getting a “good union job,” as they often did in the past. It’s not even on their radar. Instead, they see a small and privileged group of workers who are better off than them even though they don’t work any harder, and instead of wondering why their own pay and benefits are so low, they simply become resentful of this coddled class.

Private sector union density has gotten so low that it’s not clear how much they can do about this attitude — and the odds of increasing union density more than a point or two seem cosmically slim. So now it’s going to be a war of taxpayers against unionized public employees. It won’t be hard, especially in lousy economic times, to convince envious clerks and factory workers that these guys need to be brought down a peg or two. It’s just human nature. But wouldn’t it be better if all these envious clerks and factory workers were instead asking why their pay and benefits haven’t kept up with overall economic growth — which, after all, is all that public sector workers have accomplished? I don’t know what the future of unions is in America, but for now they’re really the only ones who are asking that question and putting some muscle behind it. Until someone else starts doing a better job of it, we still need them.