Here are three quick looks at our ruling class from my morning paper. What’s noteworthy is that hardly any of it is really noteworthy. Look #1 comes from the California legislature, which still hasn’t passed a budget nearly three months after it’s legally required to:

Lawmakers have vacuumed up more than $6.9 million in campaign cash — more than $80,000 a day, state records show — since the fiscal year began without a budget on July 1. Much of the money has come from powerful interests trying to advance an agenda. The legislators have wooed lobbyists and 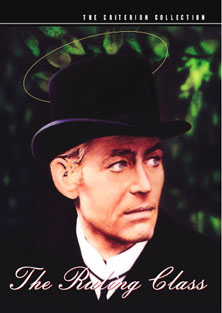 donors over cocktails at a Beverly Hills cigar club, in luxury boxes at baseball games and at Disneyland. A dozen golf retreats were scheduled from July through September.

Meanwhile, billions of dollars in state bills are going unpaid due to the absence of a spending plan. Health clinics that serve the poor are threatening to close their doors, college students are forced to scrape by without their state scholarship funds, and child-care centers may have to shut down.

In an example of how common it has become for government agencies to outsource seemingly routine tasks to former officials, the U.S. Customs and Border Protection has awarded a “strategic consulting” contract worth up to $481,000 over five years to a small firm staffed by former agency insiders….The fees work out to about $240 an hour — not including travel expenses or the cost of the conferences. Among those who will benefit from the contract are the agency’s former commissioner and the husband of a current agency spokeswoman. It’s legal as long as the officials observe a one-year ban on landing work from their former agency.

And finally, look #3 comes from the working class city of Bell, whose executives and city council members have conspired over the past decade to pay each other millions of dollars in salaries and benefits:

Bell spent nearly $95,000 to repay loans that then-City Manager Robert Rizzo made to himself from his retirement accounts, a draft state audit reviewed by The Times shows…..”Public funds were used to repay [Rizzo’s] personal loans, apparently without authorization,” the audit says. The full audit by Controller John Chiang’s office is expected to be released this week. Chiang’s office had previously found that Bell illegally overcharged residents and businesses by $5.6 million in various taxes.

It’s hardly any wonder that the tea partiers are so angry, is it?