I’m sympathetic to this view. My main reason for voting for Barack Obama over Hillary Clinton in the 2008 Democratic primaries, was the difference on Iraq. But an important secondary reason for me was that the leading health care wonks I knew — and especially Ezra Klein and Jon Cohn — kept disparaging Obama’s commitment to health care reform. Unlike Hillary Clinton, they told me, 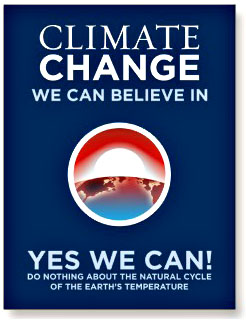 he didn’t seem that invested in this issue. He seemed to think it was perhaps of secondary importance and that climate and energy mattered more. Well that sounded to me like Obama had the right priorities! And I know it sounded correct to Nancy Pelosi as well.

But obviously what wound up happening was that the White House prioritized health care over energy and Pelosi certainly didn’t stand in the President’s way.

Really? Is that what healthcare wonks were saying back in the day? It sure never seemed that way to me. In fact, on the Hillary front, I can remember two sides to the whole story. Side #1 suggested that healthcare was Hillary’s life work and she wouldn’t rest until she had passed a healthcare reform bill. But side #2 suggested that her experience in 1994 had scarred her so badly that she was unlikely to risk her presidency on healthcare at all. I always figured #1 was the better argument, but it was hardly a slam dunk. And on the Obama front, his dedication to healthcare reform, even though he initially opposed the individual mandate beloved of wonks everywhere, always seemed pretty strong.

So….I don’t know about this. I’m just guessing here, but I’d say that Obama probably prioritized healthcare for a couple of reasons. First, it seemed like a better political win. It promised goodies for voters, after all, whereas climate change legislation promised nothing except higher electricity bills. Second, I’ll bet that after a few months in office his legislative folks concluded that a decent climate change bill could never pass the Senate. And I think they were right. My take on things is that even a half-ass climate bill tops out at 55 votes, and even that’s only with a ton of arm twisting. Climate change never really had a chance.

Would things have been different if Obama had campaigned on a serious climate platform? Maybe. But I doubt it, and I’m more sympathetic to the power of the bully pulpit than most political science types. In the end, though, Obama never tried. As I said in 2008:

And make no mistake. Barack Obama’s cap-and-trade plan to reduce carbon emissions may be technically one of the best we’ve ever seen, but it will raise energy prices. That’s the whole point. So once the public understands that there’s more to Obama’s plan than green-collar jobs and serried ranks of windmills on the Great Plains, they’re going to have second thoughts. And those congressional majorities, who face election in another couple of years, are going to have second thoughts too.

And guess what? Obama’s congressional majority did indeed have second thoughts, especially since the green-collar jobs and serried ranks of windmills had already largely been funded in the stimulus bill. The high-water mark for public opinion on climate change was in 2005 or so, and we’ve been losing ground ever since. Until we get it back, Congress is going to continue to do nothing.