Charles Murray has a long moan in the Washington Post today about the New Elite (his term) and its increasing isolation from “mainstream America.” What’s weird about it is that its core argument is in this passage:

Get into a conversation about television with members of the New Elite, and they can probably talk about a few trendy shows — “Mad Men” now, “The Sopranos” a few years ago. But they haven’t any idea who replaced Bob Barker on “The Price Is Right.” They know who Oprah is, but they’ve never watched one of her shows from beginning to end.

Talk to them about sports, and you may get an animated discussion of yoga, pilates, skiing or mountain biking, but they are unlikely to know who Jimmie Johnson is (the really famous Jimmie Johnson, not the former Dallas Cowboys coach), and the acronym MMA means nothing to them.

They can talk about books endlessly, but they’ve never read a “Left Behind” novel (65 million copies sold) or a Harlequin romance (part of a genre with a core readership of 29 million Americans).

They take interesting vacations and can tell you all about a great backpacking spot in the Sierra Nevada or an exquisite B&B overlooking Boothbay Harbor, but they wouldn’t be caught dead in an 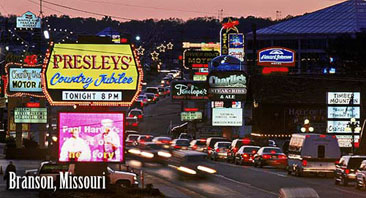 RV or on a cruise ship (unless it was a small one going to the Galapagos). They have never heard of Branson, Mo.

Even aside from the threadbare trope that anyone who doesn’t follow NASCAR isn’t a real American, this is nuts. The Old Elite (my term) of a century ago could talk about Tosca or Mahler, but might not have known what was showing at the Palace Theater or seen an entire Pearl White movie all the way through. They probably knew who had won Wimbledon or what regattas were being held off Long Island, but quite possibly didn’t know or care who Jack Johnson was. They chattered about Edith Wharton’s latest, but had never soiled their hands with In His Steps or Nick Carter Stories. They toured Europe and summered in Maine, but wouldn’t be caught dead at Coney Island.

This is just the nature of elites. Of course they do different things than the teeming masses. If they didn’t, they’d hardly be elites, would they?

What’s odd about Muray’s op-ed, though, is that buried beneath his tired catalog of cultural cliches he touches briefly on something that might actually have been interesting to explore: the changing life patterns of our elites. We’ve always had hereditary elites, this argument would go, but in the past at least our self-made elites mostly came from common backgrounds. Think Henry Ford or John D. Rockefeller. Today, even our self-made elites typically come from upper-middle-class backgrounds. Think Bill Gates or Warren Buffett. Our modern elite class contains virtually no one who has ever had much contact with the working class.

Now, I don’t know if this is actually true. But it would be interesting to take a look and find out. Unfortunately, Murray doesn’t bother. Instead, he just stuffs a whole bunch of tired red-blue/heartland-coastal/urban-rural chestnuts into a tattered burlap sack and heaves it onto the Post op-ed page. Blecch.