A couple of days ago I suggested that Democrats, having screwed up their response to the extension of the Bush tax cuts before the election, shouldn’t bother wasting time on it during the lame duck session either. Instead, “Allow the Bush tax cuts to expire completely and let the 112th Congress deal with it.”

After thinking about it, I’d like to revise and extend those remarks. Basically, there’s not much time in the lame duck session, and wrangling over the tax bill could pretty much eat it up completely if Dems allow it to. So what I really think is this: either Dems should punt it into the 112th Congress or they should just cave in quickly and pass a comprehensive extension quickly. But if they do the latter, please please please tell me they’re not going to do what McClatchy suggests they might do:

The Bush-era tax cuts that are set to expire on Dec. 31 are expected to be extended temporarily by the lameduck Congress, with a two-year extension the most promising compromise.

….On the Republican side, Sen. Orrin Hatch, R-Utah, who’s slated to become the top Republican on the tax-writing Senate Finance Committee, said this week that a temporary extension “would 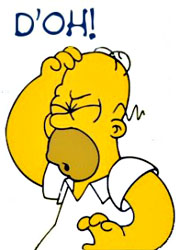 garner support from Democrats and Republicans alike. That path forward is an extension of all the tax relief well past the next election.”….The temporary extension is gaining momentum because it would allow both parties to use the issue in the 2012 campaign. And making the tax cuts permanent wouldn’t require a vote until a lame duck session after the 2012 presidential election.

Look, I get it: Democrats are idiots. Nothing we can do about that, I guess. But the whole reason the tax issue imploded on them this year is because the Democratic caucus couldn’t handle the strain of separating the middle-income tax cuts from the high-earner tax cuts during election season. Why would they set themselves up for the exact same dynamic two years from now?

So if they’re going to do this, extend the cuts for three years. The economy could probably use an extra year of tax breaks anyway, and a three-year extension means they’ll come up for renewal in 2013, when they can be dealt with relatively calmly. And Republicans can hardly object to an extra year of tax cuts, can they?

(Well, yeah, of course they can. But it would be a stretch even for them.)

Democrats have already proven they can’t handle the electoral pressure of separating the tax cuts during an election year. There’s no reason to think they’re going to grow a stiffer spine in two years, and Republican control of the House will make it harder to separate them anyway. So be smart. If they’re going to cave, cave for three years.