It’s no surprise that President Obama has threatened to veto any repeal of healthcare reform that reaches his desk. (It won’t reach his desk, of course, since it’ll never get past the Senate. But put that 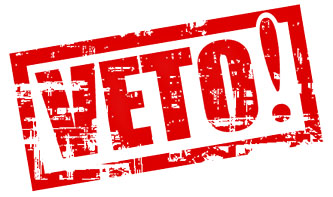 aside for now.) Still, surprise or not, Jon Cohn thinks it’s a sign of a welcome new aggressiveness in the Democratic caucus:

For most of last year, Democrats were playing defense on health care, responding to Republican criticisms or, in many cases, trying desperately to change the subject of debate. Now something has changed. Congressional Democrats are challenging Republicans, daring them to come out against the bill’s more popular provisions.

….Of course, they may not have a choice. Republicans have made repeal a top priority, so the fight is going to take place whether or not Democrats want it. But I think it also reflects a changing dynamic, as well. According to Greg Sargent, who was among the first to spot the shift, House Democrats in particular are aware of the opportunity they missed last year, while the party and most of its leaders were trying so hard to save endangered incumbents. They think they’re in a stronger position now, since people are starting to see the law’s benefits and repeal will mean changing an increasingly favorable status quo.

Granted, it’s always easier to be aggressive in the minority than the majority. And it’s easier still to be aggressive when there’s no election looming. But isn’t there something else at work here as well? An awful lot of the centrist Dems who considered healthcare reform politically toxic are gone. There’s a small rump of Blue Dogs left in the House (mainly the dozen or so dead-enders who voted for Heath Shuler to replace Nancy Pelosi for majority leader), but it’s in dire shape. Most of the Democrats left in the House are eager to back healthcare reform and represent districts where it’s safe to do so.

The Senate is a somewhat different story, but it matters less there since any attempt to repeal ACA will simply be filibustered and die. Still, whatever the reason, it’s sort of refreshing to see Dems fighting for healthcare reform a little more openly these days. It’s certainly good practice, anyway.