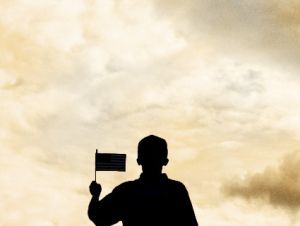 I tend not to respond very often to criticism of my blog posts because I usually figure justice has been done when I’ve had my say and everyone else has had theirs. Responding further usually just turns into a pissing match that accomplishes nothing.

But I guess I need to respond to some of the reactions to my post yesterday about Libya and Obama’s judgment. I could pretty much ignore Brian Doherty and Doug Mataconis, who simply find it risible that I think well of Obama in the first place, but today Glenn Greenwald decided to jump in. After an apparent attempt to win a gold medal in the insult Olympics by comparing me to Britney Spears, he concedes that trust does play a role when you’re deciding who to vote for:

But that’s in a different universe than deciding that — once they’re in power — you’re going to relinquish your own critical faculties and judgment to them as a superior being, which is exactly what Drum (and Spears) announced they were doing….”[T]hinking” that way is an absolute abdication of the duties of citizenship, which compel holding leaders accountable and making informed judgment about their actions (it’s a particularly bizarre mindset for someone who seeks out a platform and comments on politics for a living). It’s also dangerous, as it creates a climate of unchecked leaders who bask in uncritical adoration. I honestly don’t understand why someone who thinks like Drum — whose commentary I’ve usually found worthwhile — would even bother writing about politics; why not just turn over his blog to the White House to disseminate Obama’s inherently superior commentary? And what basis does Drum have for demanding that Obama inform him or the nation of the rationale for his decisions, such as going to war in Libya; since Drum is going to trust Obama’s decisions as intrinsically more worthwhile, wouldn’t such presidential discussions be a superfluous act?

This strikes me as an appallingly hostile reading of what I wrote, especially for anyone who’s followed my writing and knows perfectly well that I haven’t reliquished my critical faculties to anyone. Still, I wrote yesterday’s post hastily and maybe my intent wasn’t as clear as it could have been. So let’s take a second crack at it.

I think pretty highly of Barack Obama’s judgment. But what does it mean to say that? Just this: that I think highly of his judgment even when I disagree with him. How could it be otherwise, after all? If, when you say that you trust somebody’s judgment, what you really mean is that you trust their judgment only to the extent that they agree with you, that’s hardly any trust at all. Just the opposite, in fact.

To make this more concrete, I also think highly of Glenn Greenwald’s judgment on issues of civil liberties and the national security state. This means that when he takes a different position than mine, it makes me stop and think. After all, we’re on roughly the same wavelength on these subjects, and they’re subjects that he’s often thought about longer and more deeply than me. This doesn’t mean that I’ve outsourced my brain to Glenn, but it does mean that he influences my judgment, and that’s especially true on issues that I’m unsure of.

Ditto for Obama. Unlike Glenn, perhaps, I’m unsure about the wisdom of our Libya intervention, and the fact that I’m unsure makes me more open to giving Obama’s judgment a fair amount of weight in this matter. That’s what it means to respect another person’s judgment. On the other hand, as my post made clear, it doesn’t mean that he’s persuaded me. As I said twice, I think the Libya intervention was a mistake. I wouldn’t have done it. But partly because a president I respect disagrees, I’m open to the possibility that I’m wrong. His position has made me stop and think.

The passage that I guess has caused me the most trouble is this one: “The reason I voted for Obama in 2008 is because I trust his judgment. And not in any merely abstract way, either: I mean that if he and I were in a room and disagreed about some issue on which I had any doubt at all, I’d literally trust his judgment over my own.” That was phrased more strongly than it should have been, but I guess I took it for granted that “any doubt at all” means “enough doubt to make me unsure of myself.” If I weren’t unsure of myself, after all, I’d hardly be interested in Obama’s views or anyone else’s.

So: did I express myself poorly? Or were these responses unfairly hostile readings of what I meant? I guess you can decide. But considering that the whole point of my post was that my trust in Obama’s judgment was being “sorely tested” and that it was only intact “for now, anyway” — well, it seems pretty clear to me that I’m hardly treating Obama with “uncritical adoration.” Rather, I was talking out loud about the role that trust in someone else’s judgment plays in my own.

In any case, for the record, this is the point I was trying to get across. You can make up your own mind whether I succeeded.