After the Great Collapse of 2008 it became common to assign part of the blame to the increasing opacity of the modern financial system. By the middle of the last decade, wholesale funding had transitioned to a shadow banking system that was unregulated and nearly impossible to measure. The mortgage industry had stopped asking borrowers for documentation of creditworthiness, which made the value of mortgage portfolios more guessing game than anything else. CDOs and other credit derivatives became so complicated and self-referential that only a computer model could begin to make sense of them. High-frequency trading swapped human analysis and intuition for automated algorithms that worked at sub-microsecond speeds. The result was a financial system so Byzantine that no one truly understood the underlying value of the securities they held. Thus, when the downturn came, it wasn’t enough to try to dump only specific kinds of assets. 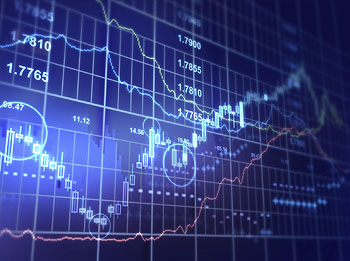 Since worthless securities could be hiding in the fine print of nearly anything — or in nearly any institution — panicked investors had no choice but to sell everything. A housing bubble that might have been painful but still manageable became instead a rout of the entire global financial system.

Economist Hernando de Soto puts a different gloss on this in the current issue of Bloomberg Businessweek, suggesting that we’ve lost the system of “public facts” that was painstakingly built up at the end of the 19th century in order to move finance onto a sounder, more stable footing:

The result was the invention of the first massive “public memory systems” to record and classify—in rule-bound, certified, and publicly accessible registries, titles, balance sheets, and statements of account—all the relevant knowledge available, whether intangible (stocks, commercial paper, deeds, ledgers, contracts, patents, companies, and promissory notes), or tangible (land, buildings, boats, machines, etc.). Knowing who owned and owed, and fixing that information in public records, made it possible for investors to infer value, take risks, and track results. The final product was a revolutionary form of knowledge: “economic facts.”

….Without standardization, the values of assets and relationships are so variable that they can’t be used to guarantee credit, to generate mortgages and bundle them into securities, to represent them in shares to raise capital. Nor do they fit the standard slots required to enter global markets. That’s why credit crunches and massive unemployment are chronic conditions for most people forced to operate in the informal economy. These are the ones you see protesting in the streets of Arab countries or living in tents surrounding Port-au-Prince. We know only too well that facts don’t speak for themselves: They have to be constructed through legal processes and kept transparent. They have to be defended, too.

When then-Treasury Secretary Henry Paulson initiated his Troubled Asset Relief Program (TARP) in September 2008, I assumed the objective was to restore trust in the market by identifying and weeding out the “troubled assets” held by the world’s financial institutions. Three weeks later, when I asked American friends why Paulson had switched strategies and was injecting hundreds of billions of dollars into struggling financial institutions, I was told that there were so many idiosyncratic types of paper scattered around the world that no one had any clear idea of how many there were, where they were, how to value them, or who was holding the risk. These securities had slipped outside the recorded memory systems and were no longer easy to connect to the assets from which they had originally been derived. Oh, and their notional value was somewhere between $600 trillion and $700 trillion dollars, 10 times the annual production of the entire world.

In a sense, de Soto isn’t saying anything that hasn’t been said before: modern financial instruments became so opaque in the runup to the Great Collapse that sensible asset valuation was essentially impossible. But de Soto’s historical perspective is an interesting lens to view this through, and it provides him with a nice organizing principle with which to recommend reforms. It’s worth a read.

In the end, I don’t entirely agree with de Soto that “the recession wasn’t about bubbles but about the organization of knowledge.” It was about bubbles too, which have plagued us since long before the first CDO was ever invented. Still, the opacity of modern finance surely helped supercharge the housing and credit bubble at the core of the Great Collapse, and the financial reforms that have been passed so far aren’t nearly enough to ensure that the same thing won’t happen again in the near future. As de Soto says, “Markets were never intended to be anarchic: It has always been government’s role to police standards, weights and measures, and records, and not condone legalized sleight of hand in the shadows of the informal economy. To understand and repair one of mankind’s greatest achievements—the creation of economic facts through public memory—is the stuff of nation-builders.”