Yesterday I wrote that I was puzzled about the conservative meltdown over Obama’s Middle East speech. Didn’t he just continue the policy of pretty much every president since Carter, namely that the eventual Israeli border on the West Bank will be based on the 1967 border with some expansions to include settlements built since the war? So what was the big deal? 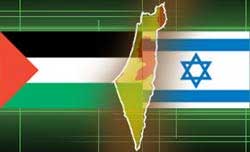 Well, after reading a bit more and watching some TV, I discovered that, yes, pretty much everyone who actually knows anything about the subject agrees that Obama’s formulation was a nothingburger. It’s the same policy as always.

So why is the right in such a lather about it? A friend emailed to suggest the obvious: normally, lathers take a day or so to build up. This one happened instantly. “The lather exploded fully formed from their foreheads,” she wrote. “I think that the lather was planned as soon as the word came out that Obama was going to make a speech on the Middle East.” Andrew Sullivan takes it a step further:

The verbal formula that essentially repeats the standard position of every recent US administration on the two-state solution did not strike me as anything new; in fact, it struck me as a minimalist response to Israel’s continued aggressive settlement of the West Bank and East Jerusalem. And yet instantly Drudge, Fox, Romney et al. blasted the “stunning” news that Israel had somehow been thrown under the bus.

None of this makes sense until you realize that Netanyahu had been given a heads-up by the administration. So it’s pretty obvious that it was the Israelis who immediately got their US media mouthpieces to spin the speech as some sort of attack. So those of you who think Jeffrey Goldberg and Walter Russell Mead and Victor Davis Hanson are a foreign government’s favored outlets should think again. These leftist radicals are far too unreliable a channel.

I guess that’s possible. A more parsimonious explanation is that the Drudge/Rush/Fox axis was, indeed, going to go nuts no matter what, and the “1967 borders” reference was just such an obvious attack point that that’s the one they chose. After all, the rest of the speech contained so much criticism of the Palestinians, including both a firm denunciation of Hamas and a warning not to seek statehood via the UN, that it was hard to find anything there that was really very detrimental to Israeli interests at all. Deliberately misconstruing Obama’s border comments was pretty much their only avenue.

So: the speech was still a yawn. The American right wing is still deranged. And peace in the Middle East is still not going to happen. You may now go about your business as if nothing has happened. Because nothing has.