Yesterday I wrote about financial industry demagoguery over new rules that will force issuers of mortgage securities to keep a 5% stake in the securities they create. The idea is simple: if they have to keep a small stake, they’ll have an incentive to make sure their securities aren’t loaded up with piles of crappy mortgages of the kind that helped supercharge the housing bubble. However, there’s an exemption for securities that contain only ultra-safe mortgages, and now the mortgage industry is trying to scare everyone into thinking that this is a death knell for any mortgage that doesn’t qualify for exemption.

In fact, there’s little reason to believe this: the effect on normal mortgage rates is unlikely to be more than a tenth of a percentage point or so. But while Wall Street’s kvetching about this is predictable, 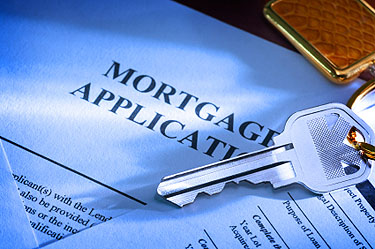 Harold Pollack points out they’ve teamed up with some strange bedfellows:

It turns out that the N.A.A.C.P. and the National Council of La Raza are important industry allies in this fight.

This is part of a concerning pattern, too. In many cases, respected civil rights organizations and advocacy groups become involved in the political process on behalf of firms whose practices within minority communities raise serious concerns. The Congressional Black Caucus Foundation exemplifies many of these concerns. As the New York Times reported last year, the Foundation’s backers include (among others) Altria, Coca-Cola, Heineken, Anheuser-Busch, and rent-to-own furniture enterprises. The accompanying problem speaks for itself.

The NAACP and La Raza make legitimate arguments in the current fight. Perhaps some adjustments should indeed be made in the proposed regulations….Still, I can’t be the only person concerned about what anonymous federal regulators label “the unholy alliance” between the financial industry and some consumer and civil rights groups. If our nation fails to establish strong and enforceable financial regulation, we know whose communities will be left holding the bag.

I’m not sure I’d go as far as Harold. I’m not going to swear that the proposed rules are sacrosanct and shouldn’t be modified one bit. But they shouldn’t be modified much, and I don’t think the NAACP or La Raza do make legitimate arguments. It’s simply not the case that anyone without a 20% down payment will no longer be able to buy a house, as they suggest. All the new rules mean is that the cost of loans that aren’t ultra-safe will go up slightly — as they probably should, since recent history suggests they’re riskier than we thought.

In effect, the costs of managing financial risk that were once borne by the government are now moving to the private sector.

In effect, the costs of mismanaging financial risk, which were once borne by the government and have cost taxpayers hundreds of billions of dollars in bailouts to Fannie and Freddie, are now moving to the private sector.

These risks exist, whether we admit it or not, and consumers end up paying for them one way or another. That being the case, it’s better for them to be accounted for in the loans themselves than to be hidden away in government accounts. Helping low-income home buyers is a worthwhile endeavor, but as Harold says, “This should be done explicitly and carefully, not implicitly by perpetuating industry practices that have proven so disastrous.” Roger that.