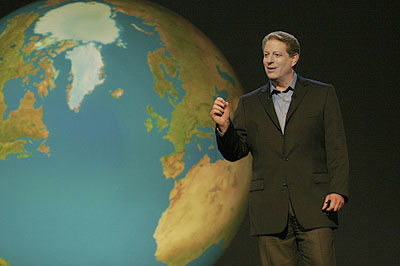 Walter Russell Mead, in yet another lengthy critique of liberals who think that facts and empirical evidence ought to be taken seriously, explains to Al Gore the role of the referee in professional wrestling:

Among other things, professional wrestling works as a kind of folk satire — and well meaning progressives and professionals like Mr. Gore are among its targets. The clownish referee represents exactly the well intentioned bumblers who seek to arbitrate and rationalize the endless competition between the good and the bad guys. It is the way much of the working class looks at ivory tower intellectuals, nanny state do-gooders.

….In other words, the referee in a professional wrestling match strikes a chord in popular culture in part because he is a representation of the class which sets itself up in our society as the arbiter and judge: the professional elite, the expert and the chattering classes. The referee at a wrestling match is a populist portrait of the FCC, the NLRB, NPR, the New York Times editorial board and everyone else who does exactly what Al Gore would like to spend his whole life doing: judging mankind impartially and ruling them well. The referee is part of the entertainment who is funny in part because he thinks he is above the fray.

My first instinct was to mock Mead for writing this drivel, but hell, maybe he’s right. Thanks to the now total success of movement conservatism and its assimilation of confederates like him, I guess that anyone still naive enough to care about facts and evidence really is about as ineffectual and irrelevant as your typical WWE referee. I only wish that guys like Mead would fess up to their role in this evolution, instead of pretending that it’s the inevitable hydraulic consequence of some vague but inexorable tidal wave of modernism and techno-empowerment engulfing us all. It ain’t so. This wasn’t a global historical imperative, it was a deliberate, considered choice — and a largely American one — driven by all the usual parochial forces of money, power, privilege, and corporate ascendance that have been with us forever. We could still make a different choice if we wanted to.