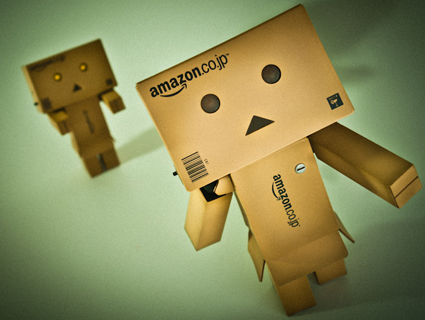 What is Amazon.com’s biggest advantage over its competition? One-click ordering? The ability to go shopping in your pajamas? Its enormous selection? Those all play a role, but Christopher Caldwell thinks the real answer is the fact that Amazon’s customers mostly don’t have to pay state sales tax:

It is the tax exemption, not the technology, that most distinguishes Amazon from its rivals. Its price advantage is the most important thing about it. The ruthlessness with which Amazon is resisting tax reform might be a measure of the centrality of tax-privilege to its business model. One can look at the collapse of Borders, not to mention independent booksellers, and ask whether government policy has undermined the bricks-and-mortar retail economy to protect a will-o’-the-wisp.

At first glance this seems silly. Can a 5-to-10-percent price difference really be such a deal breaker for Amazon? But Caldwell has a point: Amazon’s ferocious response to recent attempts to get it to collect sales taxes suggests a company that thinks its life depends on not paying them. So what’s going on here?

The story starts in 1992, when the Supreme Court ruled that companies didn’t have to collect state sales tax unless they had some kind of physical presence in the state: a warehouse, say, or the company’s headquarters. At first this applied only to mail-order houses and nobody cared much. Then online retail started to take off, but as long as it was in its infancy nobody cared too much about that either. But the online world is no baby anymore: It accounts for upwards of $150 billion in sales each year, nearly 10% of the total in the United States.

With that much at stake, and growing fast, states have started to panic. Sales tax revenue is one of their main funding sources, and as more and more business goes online, that revenue starts to dry up. So they’ve 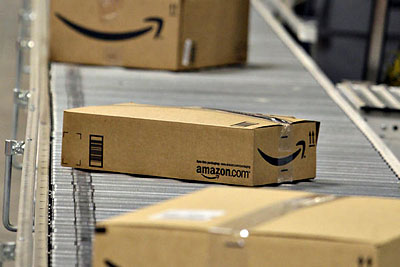 started fighting back, only to run into an implacable buzz saw of opposition from Amazon.

Texas, where Amazon does have a physical presence, billed them for back taxes earlier this year and Amazon promptly announced that it would pull up stakes and leave. When South Carolina voted against giving Amazon a special tax exemption, Amazon announced that it would abandon a new warehouse near Columbia that was already half built. Tennessee is getting the same treatment for refusing to play ball. And when Illinois passed a law demanding tax payments based on the fact that Amazon has thousands of affiliates in the state, Amazon ruthlessly severed every one of its affiliates’ contracts. In New York, which also passed a law requiring tax payments based on Amazon’s affiliate program, Amazon is paying up, but only so it has standing to sue in federal court.

The latest state to insist that Amazon collect state sales taxes is California. Amazon’s response? As in Illinois, they summarily severed the contracts of every one of its affiliates in the Golden State. But that’s not all. Like mafia goons going to the mattresses in a gang war, Amazon immediately announced that it would spend millions of dollars to place a referendum on the ballot to nullify the new California law. And in the meantime? Law or no law, they won’t be collecting sales tax in California, and that’s that. Los Angeles Times columnist Michael Hiltzik explains why a ballot measure is so alluring to Amazon:

In court, Amazon would have to painstakingly muster credible legal arguments and present them to a judge who, more often than not, is no fool. In a California ballot campaign, one can try to mislead voters by deploying half-truths, outright lies and flagrant deceit. Lie to a judge, and you might end up with a stiff fine for contempt and maybe jail. Lie to the California electorate, and you might win an election. Amazon hasn’t ruled out challenging the California law in court, and it might do so if the referendum fails. But is there any mystery why it preferred to start with a ballot measure?

And what is Amazon’s response to all this? Their CEO, Jeff Bezos, says that they support a federal law to streamline and harmonize state sales taxes. This is, needless to say, a transparent dodge: Bezos knows perfectly well that a Republican-dominated Congress will never pass such a law. In the meantime, state treasuries are slowly but steadily being bled dry thanks to Amazon’s take-no-prisoners approach to paying taxes. With most states still hammered by depressed tax collections thanks to the poor economy, this means that Amazon’s remorseless resistance to collecting taxes is in direct conflict with funding for schools, parks, medical care, and street repairs.

Why wage a brutal, unpopular, scorched-earth campaign like this over a few percentage points? Probably because Caldwell is right: For all its talk of technology and convenience and selection, Amazon basically stays in business because it can charge slightly lower prices than brick-and-mortar stores. A level playing field might be good for state coffers and the schools and police officers they support, but to Amazon that doesn’t matter. It’s nothing personal, mind you. Just business.