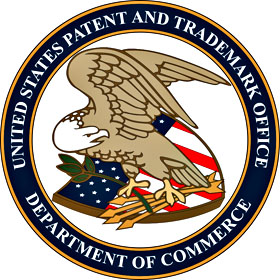 impossible task—especially because the meaning of a patent’s claims are often not clear until after they have been litigated. Most Silicon Valley companies don’t even try to avoid infringing patents. They just ignore them and hope they’ll be able to afford good lawyers when the inevitable lawsuits arrive.

So Android, like every large software product on the planet, infringes numerous Microsoft patents. And Microsoft is taking full advantage. They’re visiting Android licensees and giving the same sales pitch Reback remembers from a quarter century ago. “Do you really want us to go back to Redmond and find patents you infringe? Or do you want to make this easy and just pay us?” Once again, many of the targets are writing checks to make the problem go away.

A couple of days ago, after I wrote about Apple’s new patent on multitouch gestures on touchscreen devices, I got an email from a patent attorney. Among other things, he said this:

Another common misunderstanding (as seen in the reaction to the Apple patent) is that the mere grant of a patent can be used to claim ownership of existing technologies. This is incorrect. Specifically, before granting a patent, the patent office looks at the prior art at the time of the invention, and has to determine that the claimed invention is novel and not obvious. While the patent office process is clearly flawed (due to limitations on the patent office, mainly time and money), there are other safeguards available. Other parties can ask the patent office to re-examine an issued patent based on additional evidence. Additionally, a party accused of patent infringement can present evidence in a court to show that the patent is not novel or is obvious, and can thus cause the patent to be completely invalidated.

Obviously reasonable people can differ on this, but my sense is that the rule that patents should involve some genuinely novel idea has been watered down to almost nothing. When it comes to gestures on a touchpad, for example, there’s just a limited universe of solutions, and they’re all fairly obvious once the technology gets to a point that people start thinking about them. But what if some bright lad thinks about them slightly earlier, comes up with all the obvious gestures, and then patents them? Does that make sense? To me, it doesn’t.

I realize that it’s very, very difficult to quantify just how “novel” something should be in order to be patentable. But for starters, I’d say that the broader the claim the more novel it ought to be. In the case of touchpad gestures, or shopping cart checkout, that means it needs to be pretty damn novel. And I just don’t think we’re within light years of meeting that standard.

So then, a question for people who think that software patents are out of control: what should the rule be? No patents at all on software or business processes? Probably not. But if patents aren’t flatly banned on business processes, is there some kind of rule that would raise the bar in a reasonable way on just how novel something has to be to deserve a patent? I hear a lot of complaints about software and business process patents, and I’m sympathetic to them. But exactly what kind of reform would improve things?