I’ve been watching over the past few months as the EPA has slowly but surely turned into one of this year’s major right-wing demons, culminating in Michele Bachmann’s suggestion that we should get rid of the entire agency, lock stock and barrel. But environmental protection has always polled pretty well in the abstract, which leads Steve Benen to say: 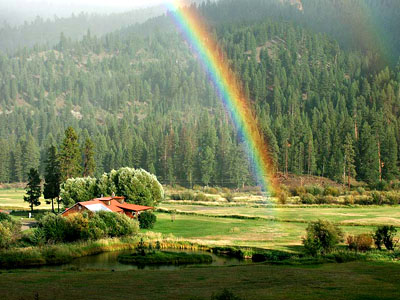 will loathe the office simply because their national candidates tell them to.

I’m pretty sure this is wrong. Sure, Bachmann is (surprise!) more extreme than most, but the EPA has been #1 with a bullet on the corporate hate hit parade for a very long time. Also #1 (or close) on the list of agencies loathed by farmers and ranchers and other rugged individualists who vote Republican.1 And it’s not hard to understand why: the EPA really does issue lots of regulations that really do prevent corporations and landowners from doing whatever they want with their land. And even if most of those regulations are pretty defensible, in a country our size there are always bound to be plenty of example of rules that are hard to understand, affect lots of people they weren’t really aimed at in the first place, and seem to cause way more frustration than they’re worth. That makes EPA a pretty inviting target.

If we lived in a different universe, I think my response to this would be: Yes, we should take a broad look at EPA rules, figure out where the barnacles are, and try to streamline them in ways that make sense. Unfortunately, in the real world we live in, this wouldn’t prompt any kind of similarly moderate response from Republicans. They’re ginning up their base to view EPA as history’s worst monster, a bureaucratic octopus that’s strangling the life out of our economy, and that’s that. They have no interest in some kind of serious policy discussion of environmental rules, and any attempt to engage on that level merely gives them an opening for further demagoguery.

What to do about this? I don’t know. For now, though, it unfortunately means just fighting back and not worrying about nuance. What other options are there?

1OK, fine. Maybe corporations actually hate OSHA more than EPA. And maybe farmers hate the Interior Dept. more. But EPA is pretty close to the top any way you cut it.