The LA Times warns budget cutters, who are disproportionately from non-urban districts, who the big losers are likely to be from their efforts:

The recipients with the most to lose are the ones in rural America, who are almost twice as reliant on federal largesse as city dwellers and suburbanites. A recent fight over subsidies for flights to small-town airports is a good example of the battles likely to come. It also illustrates 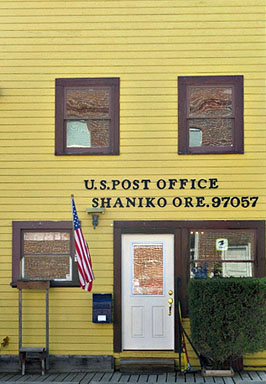 the trade-offs that Congress will confront as it tries to close the yawning federal budget gap.

Another good example is the postal service. Mail volume is down and they’re hemmorhaging money, so among other things they’d like to close 3,700 underused post offices. And guess where most of those post offices are? They’re in the same place as all the underused train stations that rural congressmen fight like crazed lemmings to protect: small towns and villages.

This is why the postal service has never been fully privatized, and it’s why the free marketeers in the Republican Party have never quite brought themselves to permit private companies to compete with the postal service outside of parcel delivery. The postal service is required to provide universal service at a fixed price, even though service to rural areas costs far more than service to cities. The first thing a private competitor would do is specialize in junk mail, which heavily subsidizes ordinary letters, and the second thing it would do is restrict its service to densely populated areas. This would give it far, far lower costs than the USPS and allow it to siphon off its most profitable business segment. To compete, USPS would have to match private sector prices. Then they’d have to (a) raise prices substantially on first-class mail and (b) either pull out of rural areas entirely or else raise the price of delivery to small towns even more. The fire-breathing tea party conservatives responsible for this would find themselves in the unemployment line at the next election.

Eventually, of course, something like this is going to happen anyway. But the free marketers will put it off until catastrophic losses finally force them to admit the obvious: it costs a lot for the federal government to service rural America. Personally, I’m happy to do it, for the most part. We’re all part of a single country and it’s worth a little subsidizing of non-urban areas to keep everyone feeling that way. I just wish the residents of rural America would stop their endless whining about Uncle Sam’s grasping tax bite when they’re the ones who get the biggest piece of the pie. We can even things up any time they’d like.