Soon-to-be colleague Adam Serwer writes today about a New Jersey Supreme Court ruling about the reliability of eyewitness testimony. In a word, it sucks:

It may seem shocking just how unreliable your eyes can be. The ruling cites studies that showed eyewitnesses picking the wrong person out of a lineup as often as they picked the right one, along with another study showing that even when witnesses are told the person might not be in the lineup, they’ll choose an innocent person about a third of the time. The reason is that our memories may seem vivid, they’re often not as accurate as we think they are. While lineups are constructed of similar 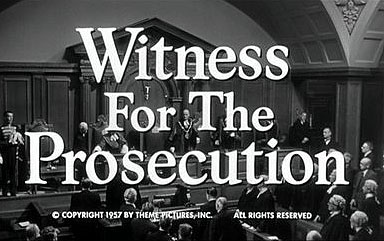 looking individuals precisely to force the witness to think strongly about what they remember, this may result in witnesses unconsciously conforming their memory to the available choices.

The most complex part of eyewitness misidentification, though, is the fact that people who wrongly identify someone are often really confident they’ve made the right choice — and that confidence is persuasive in court.

This evidence has been around for decades, and it’s common knowledge throughout the legal profession. Everyone knows about it, including prosecutors, though they’ll generally refuse to acknowledge it for obvious reasons. The fact is that even under ideal conditions most of us are lousy at IDing people, and under the conditions of most crime scenes we’re a whole lot worse. There are several things that are known to make eyewitness identification less reliable, and all or most of them are usually in play when you’re watching a crime unfold:

This isn’t a topic I’ve spent a ton of time on, but knowing the basics, and knowing just how widely appreciated this stuff is in the criminal justice profession, I’ve always been a little surprised that the Supreme Court hasn’t weighed in with some new guidelines on the use of eyewitness identification. I’m not talking about the usual stuff, like insisting that police conduct lineups properly, but something deeper: guidelines about how eyewitness testimony can be used in court, how the circumstances have to be disclosed, what kind of instructions the jury should get, and so forth. This is about as fundamental a part of getting a fair trial as there is. Perhaps this New Jersey decision is the first step in making this happen.