In what sounded at first like something from the Onion, Standard & Poor’s postponed its planned downgrade of US debt for a few hours today after the White House pointed out that it had made a $2 trillion arithmetic error in its calculation of future deficits. Seriously. These guys are supposed to have the most sophisticated stable of financial analysts on the planet, but apparently they can’t come within $2 trillion of figuring out something that’s a simple matter of looking through OMB tables and CBO reports.

But set that aside for the moment. What’s $2 trillion between friends? We all agree on the rough size of America’s fiscal woes and $2 trillion one way or the other isn’t all that decisive. So the question of the day is: Should S&P have downgraded our debt? Felix Salmon says emphatically yes:

The US does not deserve a triple-A rating, and the reason has nothing whatsoever to do with its debt ratios. America’s ability to pay is neither here nor there: the problem is its willingness to pay. And there’s a serious constituency of powerful people in Congress who are perfectly willing and even eager to drive the US into default. The Tea Party is fully cognizant that it has been given a bazooka, and it’s just itching to pull the trigger. There’s no good reason to believe that won’t happen at some point.

I hate to let anyone one-up me in my contempt for the absurd stranglehold the tea party holds over John Boehner and a cowering GOP, but this really, really just isn’t true. Yes, there were a few tea partyish lunatics in Congress who apparently intended to vote against a debt ceiling increase no matter 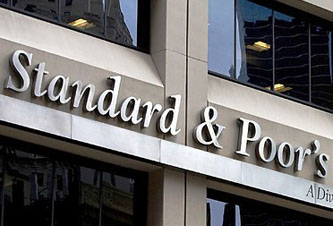 what. About 20 or 30, I think. And yes, the tea party contingent brought us to the brink of a partial government shutdown, which would have been bad news for the economy.

But in the end—and no one who has even a nodding acquaintance with political history should be surprised that it took until the 11th hour—a deal was cut. What’s more, even if a deal hadn’t been cut by August 2nd, we wouldn’t have defaulted on our debt. A bunch of government services would have been temporarily put on hold, but bondholders would have been completely unaffected. This is a really important point. It’s true that a temporary government shutdown would have been bad, but this has happened before. It’s ugly and stupid and unnecessary, but it’s politics. America’s debt, however, was never at any risk.

Answer: because S&P shouldn’t be in the business of commenting on a country’s political spats unless they’ve been going on so long that they’re likely to have a real, concrete impact on the safety of a country’s bonds. And that hasn’t happened yet. There’s no serious macroeconomic reason to think America can’t service its debt and there’s no serious political reason to think the tea party has anything close to the power to provoke a political meltdown in which we won’t pay our debt.

Look. The United States has been running up big debts for the past couple of years because we’re trying to climb out of an epic recession: Jobs and economic recovery are exactly where our fiscal spotlight should have been. As a result, we’ve been focusing on our long-term debt for, literally, less than a year. Pretending that our political system is fundamentally broken because we haven’t solved our long-term entitlement problems in a few months is staggeringly panicky and ahistorical, and S&P’s weird obsession with hitting a $4 trillion target for medium-term deficit reduction is economically vacuous. If we still can’t get our act together in four or five years, then fine. We deserve a downgrade. But a few months? That’s crazy. It’s the kind of hair-trigger reaction that belongs on cable shoutfests, not in the boardroom of a sober, 150-year-old financial firm.

Ezra predicted that in its downgrade S&P might call out Republicans for refusing to accept any deal that increases taxes. In their statement tonight they did in fact do this, albeit pretty gingerly. I think that’s great, and I welcome it. But it still doesn’t mean that S&P is right to use its rating authority as an excuse for political tsk-tsking. It should care only about the safety of US bonds, and for the moment anyway, there’s no legitimate reason to think either that we can’t pay or that we won’t pay. The bond market, which has all the same information as S&P, continues to believe that US debt is the safest in the world, and in this case the market is right. S&P should stop playing dumb political games and stick to its core business.