Jon Fasman joins the throngs of people wondering just what it is that older white conservatives are really nostalgic for:

Nostalgia for mid-century America and racism are not synonymous. But what exactly do these voters want? Do older white conservatives miss the high taxes and powerful unions of mid-century America? Dismissing Soviet power is easy today; then it was not….It’s true that America today is in some ways profoundly different from the one into which John Boehner was born in 1949. And I am willing to concede that life may well have been better for Mr Boehner, and for many other white, Christian heterosexual Americans back then (although I wonder what chance a 60-year-old Catholic son of a bartender from Reading, Ohio would have had at becoming Speaker of the House in 1949). Quotas kept immigration 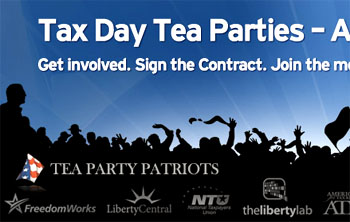 from Asia, Latin America and Africa low, and of course blacks, Jews, Catholics, women and gays knew their place. Is that what older white conservatives miss? And if not, what, exactly, do they want their politicians to “champion”?

There’s something about this conversation that irks me. You want to know what older white conservatives miss about the America of half a century ago? It’s just not that hard. They look back nostalgically on an era when TV was universally wholesome and family friendly. When everyone went to church. When the police kept order without having to worry about the ACLU and Miranda rights. When no one had to wear seat belts or bike helmets. When you could put up a shed in your backyard without worrying about building permits or EPA regulations. When the Big Three were really the Big Three. When universities were places that taught you to be part of the establishment. When kids said prayers every day in school. When women raised the children and didn’t expect men to help around the house. When there was no such thing as a crack epidemic. When you didn’t have to worry about global warming or recycling or energy conservation. When you could tell an ethnic joke without looking around nervously first. When children went outside and played stickball instead of huddling glassy-eyed around a computer monitor playing lurid video games. When immigrants didn’t march on the street demanding their “rights.” When pornography was carefully hidden away in brown paper wrappers. When shiny new middle-class suburbs were springing up every day, filled with affordable houses financed via GI loans. When Europe was still grateful to us for winning World War II. When you weren’t faced on a weekly basis with yet another electronic gadget that you had to try to figure out. When you weren’t surrounded by gays and lesbians who insisted on carrying on in public. When you didn’t have to worry about the government taking away your guns.

None of this is really my cup of tea, and as you’ll note, lots of it is indeed bound up with racial, ethnic, and gender fears. But then again, lots of it isn’t. And why not? The world is a complicated place and there’s no reason answers have to be simple. There’s nothing beyond the pale in suggesting that a certain amount of tea party sentiment is driven by (usually) unvoiced race/gender/ethnic grievances. There’s plenty of research to back this up, and plenty of common sense too. At the same time, there are lots of other things that drive tea party sentiment that have nothing at all to do with this stuff.

Again: the world is a complicated place. People have lots of motivations for the things they do, some of them shabby, some of them honorable, some of them merely personal preferences or products of self-interest. Focusing only on the shabby motivations is as unfair as pretending that they’re mere inventions of your opponents’ febrile imaginations. It’s all there, it’s all always been there, and it’s all open for discussion.

The world is a complicated place.