Last night Michele Bachmann charged that a campaign contribution from Merck was responsible for Rick Perry’s decision to mandate HPV vaccines for girls. Perry said he was offended at the thought 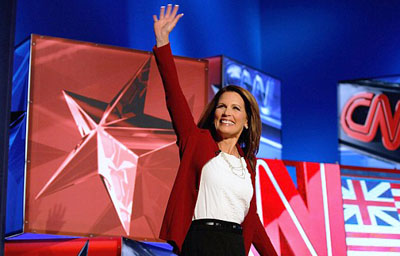 that he could be bought for so little, and I figured he was basically right. “It’s vanishingly unlikely that Merck’s five grand played any real role in Perry’s decision,” I wrote.

And wait again! Over the past five years, it turns out that Merck gave over $350,000 to the Republican Governors Association, a period in which Perry was heavily involved with the group, and the RGA in turn gave $4 million to Rick Perry.

And wait some more! Merck’s lobbyist on the vaccine issue was Mike Toomey, Perry’s former chief of staff. Toomey recently co-founded a super PAC that plans to raise over $50 million for Perry’s campaign.

So that’s that. Now we know what it takes to get in the door and persuade Perry to do something that violates his most deeply held principles and enrages his most zealous supporters. Five grand is indeed far too little. But 30 grand plus 350 grand plus some arm twisting from a pal with deep pockets apparently does the trick. That makes Perry a pretty expensive date. On the other hand, if it were something that didn’t violate his most deeply held principles, I imagine his price would go down.