I was, uncharacteristically, modestly optimistic on Friday about last week’s deal to save the eurozone. Britain’s opt-out, I said, actually made it more likely that everyone else would approve the deal, and maybe that consensus would help to calm markets, at least for a while.

Then again, maybe not: 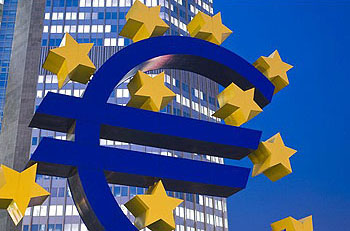 European Union’s resolve. By Wednesday, it was clearly not convincing investors.

…At least four more European Union members—none of them using the euro—have expressed reservations about the agreement, which only Britain definitively opposed at the summit meeting. Some leaders said in Brussels that they wanted to consult their parliaments. Hungary, Sweden, Denmark and the Czech Republic now say they want to see the text of the proposed treaty, which is meant to enforce strict limits both on members’ annual budget deficits and on their cumulative debts, before fully committing themselves. France and Germany hope to have a draft of the treaty approved by the end of March and ratified by the end of 2012.

The fiscal strictures are meant to prevent future crises, but the financial markets appear to be much more focused on whether the euro zone nations will put their money where their mouths are now, when they say they will defend the euro and its members.

Frankly, I think the deal would have been better if it had been limited solely to eurozone countries. I mean, what are the odds that any country that doesn’t use the euro (and doesn’t plan to) would agree to give the EU a veto over its national budget?

But that aside, it looks like investors are no more willing to be sold a bill of goods than they ever have. In the short term, the problem is that Europe needs a massive infusion of rescue funds and it needs the ECB to act as lender of last resort. Neither of those things is part of the deal. And in the long term, it’s not budget deficits Europe needs to worry about, it’s trade and capital flow imbalances. The deal doesn’t address that either, and no wonder. Cutting deficits is, relatively speaking, fairly simple. (Not easy, but at least conceptually simple.) But rebalancing trade flows? I’m not sure anyone even knows how to do that. The normal mechanism is via currency devaluations, but within the eurozone that’s obviously not a possibility.

This is Europe’s biggest problem. The ECB could put out the short-term fire if it agreed to guarantee periphery debt. That’s a political nonstarter right now, but at least everyone knows it’s an option if things really start to implode next year. But trade and capital flow balancing? Nobody even has a clue what to do about that. But without it, future crises and future bailouts are inevitable.

It’s no wonder the eurocrats are desperately clinging to budget austerity as the answer to their problems. It’s like the drunk looking for the car keys under the street light. The answer isn’t there, but at least the light is better.