If you’ll forgive some outside advice, President Obama might consider running for re-election as Luthor.

Jeez, first he’s a Kenyan socialist who hates America, and now Brooks wants him to run as Lex Luthor? This is the worst —

Oh wait. Not Luthor. Luther. As in Martin Luther, the 16th-century firebrand who assailed the corruption of the Catholic church and brought us the Protestant reformation. Except in this case, the federal government plays the role of Pope Leo X:

Life is unfair. Republican venality unintentionally reinforces the conservative argument that government is corrupt. Democratic venality undermines the Democratic argument that Washington can be trusted to do good. Liberalism has not expanded because it has not had a Martin Luther, a leader committed to stripping away the corruptions, complexities and indulgences that have grown up over the years. 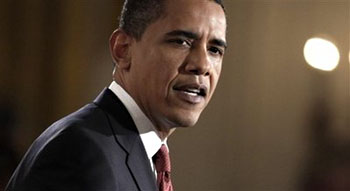 really doesn’t matter what problems they identify and what plans they propose. No one will believe in the instrument they rely on for solutions.

It’s true that people don’t trust government these days. But is it really because they think it’s been captured by special interests? Maybe. But I’d like to see some actual evidence for this. Brooks has a bad habit of speaking ex cathedra about what’s eating the American public and then moving grandly forward without even a passing acknowledgment that he’s just guessing about this stuff. It’s pretty annoying.

My own suspicion — and that’s all it is since I don’t intend to scour the academic literature to back this up — is that Brooks has a bit of the answer here, but only a bit. For starters, that “unintentionally” in the first sentence is pretty hilarious. There’s nothing unintentional about this, and I’m quite sure he knows it. Beyond that, there’s the fact that lots of people think too much government money is spent on the undeserving poor. There’s the fact that government has pretty plainly not done much for the middle class over the past few decades, which is largely due to corporate dominance of the public discourse. This is a form of rent seeking, of course, but not the kind Brooks is talking about, I suspect. Plus, there are the trillions we’ve blown on a couple of disastrous wars, the near institutionalization of pretense and deception in Washington DC, and the financial crash of 2008.

But put all that aside for a moment. I happen to agree with Brooks that liberals would be well advised to place a lot of emphasis on making sure government runs efficiently. But there are two gigantic problems in the way. The first is that Republicans have very successfully undermined a lot of the traditional sources of Democratic funding (labor unions, trial lawyers) and Democratic working-class support (social conservatives, white Southerners). This means that Democrats have had little choice but to turn to corporate sources of funding if they want to remain in existence. That hasn’t (yet) made them quite the cheerleaders of corporatism that Republicans are, but they aren’t that far off.

Second, how exactly is all this simplification going to happen? Brooks is like a yo-yo on this, occasionally acknowledging that Republicans have become such insane obstructionists that nothing is possible, but then turning right around and wondering why Democrats don’t get more done. Make the tax code simple? That’s really not something that can be done without Republican help and Republican compromise. We all know how likely that is. Ditto for Medicare, job training, legal thickets (whatever that means) and everything else on his list. It’s just impossible for one party to do this stuff even if it wants to. Hell, Democrats can’t even get the Republican leadership to acknowledge that long-term deficit reduction requires both spending cuts and tax increases. That’s about as butt-simple and indisputable as it’s possible to get, but there’s no one home on the other end of the line to hear it.

On the other hand, I’ll confess that I sort of like Brooks’ “rent seeker of the week” idea. I’m not sure how much it would accomplish, but it would be fun to try. My guess is that Brooks would like it right up until the week that Obama chose someone or something that Brooks happens to like. Then it would be a demagogic attack unworthy of a president. This stuff is harder than it looks.