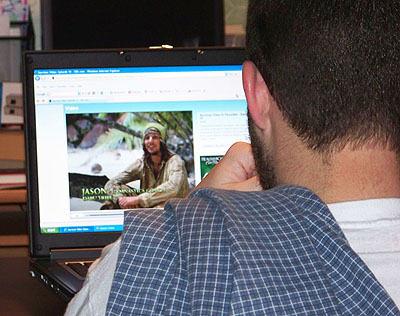 Aaron Carroll flags a study suggesting that spending a lot of time in front of a screen (TV or computer) doesn’t actually have any effect on your life span:

…Many of the studies account for that as best they can. But the media likes to run around extrapolating a small statistically significant correlation into headlines like “TV WILL KILL YOU!” The sensationalism is pretty staggering. This leads to a publication bias, where results that are likely to shock and garner headlines are more likely to get accepted and printed.

So I’m glad to see a negative study get published. I bet you didn’t know about this study, though. It was published last week with almost no fanfare, and I doubt you will see any news stories on it. When it comes to science, I fear the media isn’t nearly as fair and balanced as many think they are.

Well, yeah. But this seems to be part of a bigger problem linked to the actual effects of lifestyle choices, not just the reporting on them: Surprisingly few seem to have much impact on mortality. Just in the past few years, new studies have raised pretty serious doubts about the supposed effect on mortality of obesity, salt, saturated fat, routine mammograms under 50, colonoscopies, prostate screening, LDL levels, and lots of other things. Now even a sedentary lifestyle is under attack. I would have expected that to be the last holdout.

One problem, of course, is our focus on mortality in the first place. Obesity may or may not kill you, for example, but it does make diabetes more likely and it does make your joints wear out faster. Modern medicine may be able to control the diabetes and replace your knees, allowing you to live as long as you otherwise would have, but you’re still stuck taking lots of medication, paying for joint replacements, and being less mobile.

It turns out that there’s just a helluva lot of uncertainty around a lot of things we once thought we had a pretty good handle on. On a broader note, this is one of the reasons that I’m skeptical of studies about health care policies that focus on mortality, even though many of them provide evidence for policy positions that I support. It’s just too narrow a lens, because too few things have a major impact on mortality. We’d be better off, I think, spending less time on crude measures of death rates and more time on other good/ill effects of various policies. That would create problems of its own, but at least we’d be looking at things that are more sensitive indicators of whether our policies are working or not.