David Brooks writes today that the half century between 1912 and 1962 was a period of “impressive social cohesion.” But since then everything has gone to hell:

In the half-century between 1962 and the present, America has become more prosperous, peaceful and fair, but the social fabric has deteriorated. Social trust has plummeted. Society has segmented…The American social fabric is now so depleted that even if manufacturing jobs miraculously came back we still would not be producing enough stable, skilled 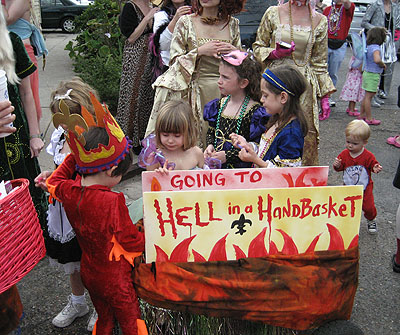 workers to fill them. It’s not enough just to have economic growth policies. The country also needs to rebuild orderly communities.

So here’s my question. Of these five markers, the only one that’s indisputably worse and in long-term decline is marriage rates. The others are either better or about the same as they were 40 years ago. So what exactly is it that makes us think the social fabric of America is unraveling? The whole argument seems to hang awfully heavily on the decline in marriage rates.

There are other markers you could look at, of course. Income inequality. Churchgoing. Labor force participation. Membership in civic organizations. Charitable giving. Union membership. Political polarization. If you pick just the right markers and tell just the right story, you can probably make a case for a decline in the social fabric. But if you look at them all, you see some that look good and some that look bad — and we don’t even agree on which is which. I think the decline in union membership is bad; David Brooks probably thinks it’s good. Conversely, Brooks probably thinks the decline in churchgoing is bad; I’m not bothered by it at all.

What’s more, I don’t really buy the notion that American society has “segmented” either. I can be convinced otherwise if there’s good evidence, but my sense is that the main thing that’s changed here is that we’re increasingly aware of our fragmentation thanks to living in a media-saturated environment. What did backwoods Appalachians have in common with New York bankers half a century ago? Pretty much nothing. But if you relied on the national media for your news, you barely even knew they existed. Maybe Life ran an occasional photo spread, but that was it. Ditto for black communities, Hispanic communities, evangelical communities, and a hundred other communities. Hell, judging by the reception Michael Harrington got for The Other America, most of us were blissfully unaware that poverty even existed. In actual fact, all of these things existed; they just didn’t get a lot of attention. Today they do. That might make it seem like things are on a downhill slope, but it’s really just a trick of the light (and perhaps advancing age).

Maybe America really is going to hell in a handbasket. Maybe our social fabric really is disintegrating. But anyone who tosses this stuff around really needs to provide some solid evidence that it’s happening — and needs to contend with all the evidence, not just a few cherry-picked trends. Let’s hear the argument.