There are lots of cases in which two or more people invent the same thing at pretty much the same time. However, by a quirk of law, if you happen to file a patent claim even a day before anyone else, it’s game over. The patent is yours.1 Alex Tabarrok, riffing off an example in which Kelly and Pat invent something independently, thinks this is crazy: 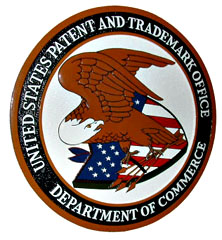 of a patent race might have to sell as a duopolist rather than a monopolist. In this case, however, there are several reasons why we wouldn’t expect the number of ideas to fall and innovation could even rise.

Several pragmatic reasons follow, but allow me to make a different argument. Patents are supposed to be issued for genuinely innovative inventions, and simultaneous discovery is a pretty practical way of deciding whether something really is innovative. If Alice patents, say, a set of finger gestures for use on touchscreen computer tablets, and for the next five years no one independently submits a similar patent, that’s a pretty good indication that Alice genuinely came up with a creative, innovative idea that she deserves to reap some rewards from. However, if Bob and Carol independently submit similar patents within a few months, that’s a pretty good indication that the idea was “in the air.” It’s not something that’s really all that innovative, it’s just that no one gave it a lot of thought until cheap touchscreens became commercially available. Once they did, it became obvious that consumers would need a lexicon of finger gestures to control them and so a bunch of people started creating them.

We can argue about the details. How similar do the patents need to be? How much time has to elapse before you can no longer claim independent discovery? Etc. But the basic principle is simple. Alex is right that there are practical reasons that a system like this would spur innovation, which is supposed to be the point of the patent system. However, it also appeals to a point I made earlier about IP law: that it’s also about our moral sense that inventors deserve to reap the benefits of their creations. If independent invention is recognized, then genuinely innovative inventors reap the sole rewards, as they should. But if it’s really just a workaday solution to a workaday problem, then they have to share the rewards. And that’s fine, because it appeals to our native sense of fairness. The patent system is supposed to reward sparks of genius; it’s not supposed to be a lottery.

1Technically, this is the system in every country except the U.S., which uses a “first to invent” standard. However, this doesn’t really affect the argument about simultaneous invention, and in any case we’ll be switching to a “first to file” system next year. So don’t let the details get in the way of the broader point here.